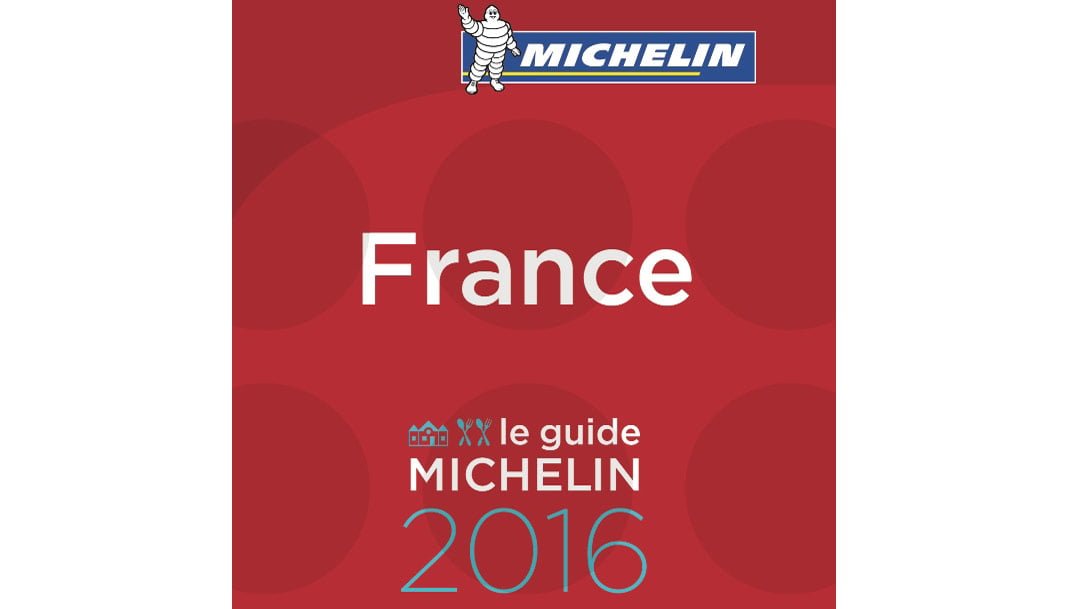 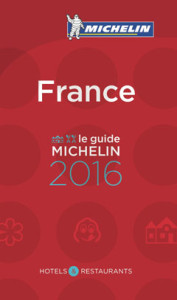 The Michelin France 2016 Hotels and Restaurants Red Guide describes 3682 hotels and 4347 restaurants in France in all price classes from comfortable to traditional grand luxury establishments.

Michelin awarded 54 restaurants in the 2016 France Hotels and Restaurants Red Guide with new stars. In the latest Michelin guide to gourmet and fine dining in France, 600 restaurants were awarded stars: 26 restaurants have three stars (two new), 82 have two stars (10 new) and 492 have a single star (42 new).

According to Michael Ellis, International Director of MICHELIN Guides “Alain DUCASSE has introduced a bold change of direction by designing his cuisine in harmony with nature. Based around the trilogy represented by vegetables, cereals and fish, his cuisine offers unusual combinations of flavours and shakes up the standard conventions of haute cuisine. The results live up to the scale of the challenge: a meal at the Plaza Athénée is a unique, memorable, and emotional experience – with stunning décor and a journey accompanying every dish.”

He describes Chef Christian LE SQUER at Le Cinq as a true virtuoso. “His signature is all over the superb dishes, mastered to perfection and demonstrating exceptional skills and a deep knowledge of the very best produce. Enjoyed in a sumptuous decor inspired by the Grand Trianon, each of Christian LE SQUER’s dishes is a true work of art, a shining example of the best of French gastronomy.”

The ten new two-star restaurants in the Michelin Guide France 2016 are:

Paris remains a strong attraction for skilled chefs (and investors), whether luxurious restaurants or smaller bistros. Half of the new two-star restaurants were in Paris while 100 of the 380 establishments included in the Red Guide for the first time in 2016 are in Paris.

The inspectors also noted how French cuisine is attracting foreign chefs. Of the 7 new one star restaurants in Paris, 3 are run by Japanese chefs, all of whom trained with top French chefs: Hideki Nishi’s Neige d’Eté, Ryuji Teshima’s Pages and chef Nakatani’s eponymous restaurant. Foreign chefs are also moving into the regions – in Nice the South African chef Jan HENDRICK offers creative, modern French cuisine in his restaurant JAN, in Lyon Passe-Temps is run by the Korean chef Younghoon LEE, and G.A au Manoir de Rétival is in the hands of the German chef David GOERNE.

). The price is usually considerably lower once available from Amazon US