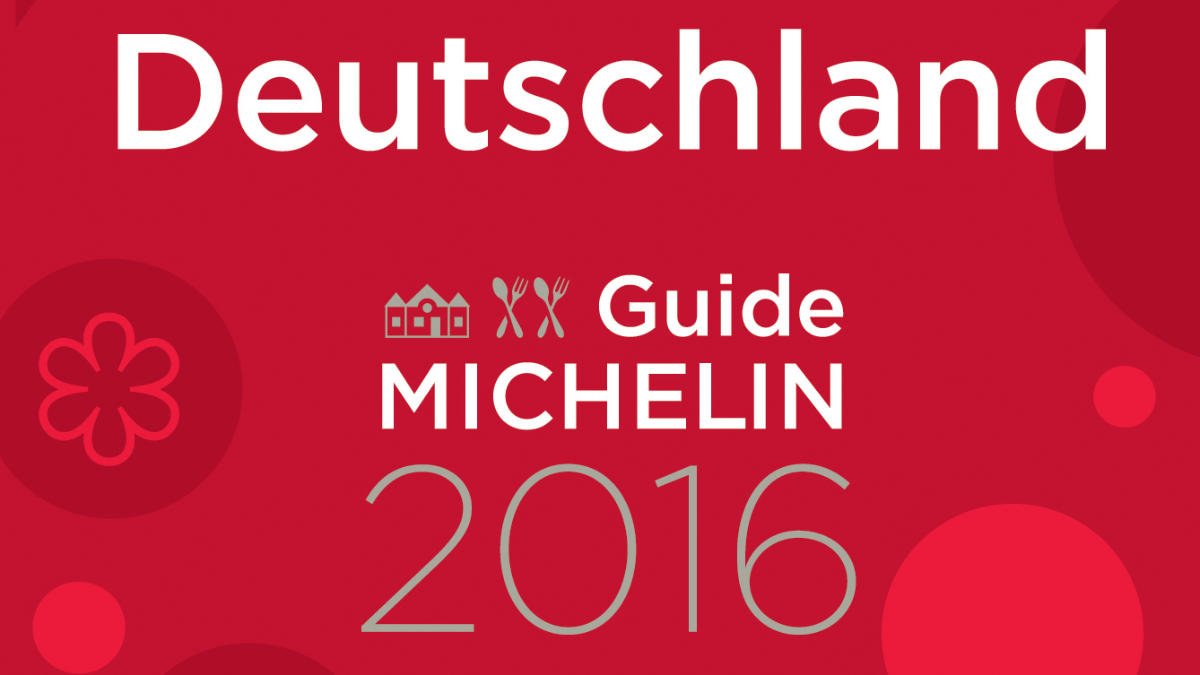 Michelin awarded three stars to the new “The Table – Kevin Fehling” in HafenCity in the city state Hamburg. Kevin Fehling is not a novice in this league – he previously held a three-star distinction at the restaurant “La Belle Époque” in Travemünde that has now closed.

The number of Michelin three-star restaurants in Germany slipped back to only ten – still the highest in Europe after France – for the 2016 Deutschland Hotel und Restaurantführer. In addition to “La Belle Époque,” the previously three-star Amador in Mannheim has also closed.

The Michelin Deutschland 2016 Hotels & Restaurantführer has expanded to a thick 1,500-page volume. Germany is after France, the biggest Michelin red guide with the largest number of restaurants and hotels listed, as well as the second highest number of star-restaurants in Europe.

The Michelin Deutschland 2016 Hotels & Restaurantführer is written in German but with the normal Michelin pictograms and introduction in English that should make the guide also useful for non-German speakers.

A particular popular Michelin award for gourmets with limited budgets is the Bib Gourmand. For the 2016 Germany guide, a restaurant must serve a very good three-course meal for less than €37. 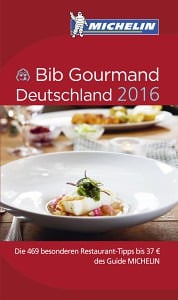 In the 2016 Michelin Deutschland Hotel & Restaurant Führer, 271 restaurants were awarded a Bib Gourmand distinction. Michelin added 50 restaurants in Germany to this category, which has grown by 30% since 2010, but is five restaurants down on the 2015 number.

and other outlets in Germany. All the Bib Gourmand restaurants are of course listed in the regular red guide too.

) but should be significantly cheaper through Amazon US