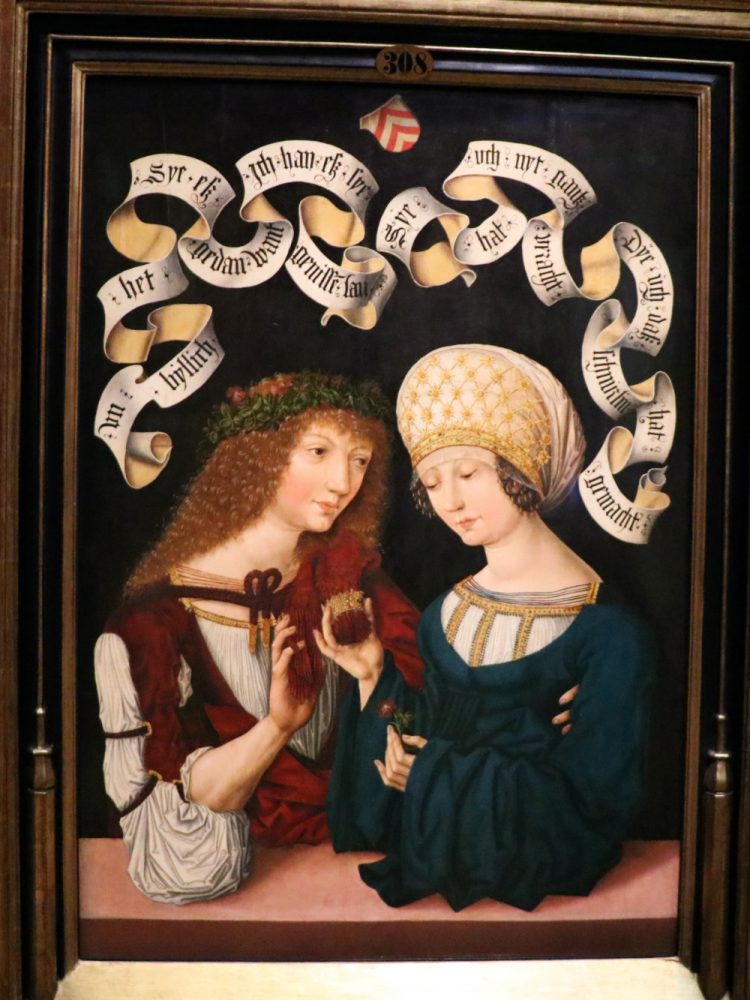 The Gotha Lovers (Gothaer Liebespaar) from around 1480 is the most important painting in the Herzogliches Museum.

This painting shows a man and a woman together in a single frame and is considered the first large portrayal of a non-liturgical couple in German art. The roses and words indicate love and fidelity. The Gotha Lovers is currently usually attributed to the Master of the Amsterdam Cabinet (Hausbuchmeister).

The painting is often described as an idealistic portrayal in the spirit of courtly love of the middle ages rather than a portrait of specific individuals. However, some considered them to be Duke Philip of Hanau-Münzenberg and his lover Margarete Weißkirchner. They lived fairly openly together following the death of his first wife but could not marry as she was not from the nobility.