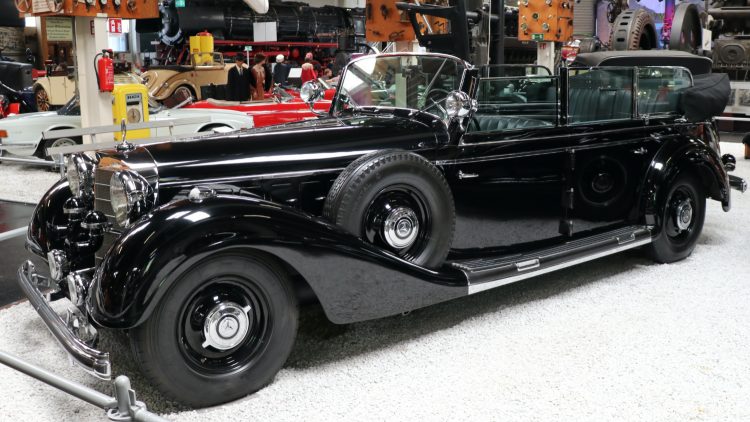 A few of the large Mercedes-Benz models in the Technik Museum Sinsheim are technological masterpieces that the Mercedes-Benz Museum could never display, as these cars were delivered to the German government for used by top Third Reich officials. The more interesting is the totally ridiculous bullet-proof cabriolet (1938 Mercedes W150/770K) that was used by Adolf Hitler as a parade vehicle — it had a bomb-proof underbody and chassis, armored-plated glass and panels, but of course, only thin air when the roof was opened and Hitler stood up, which he loved to do. These 770K  cars were powered by a straight 8-cylinder 7,600 cc compressor engine good for 230 PS and a top speed of 140 km/h, which was limited to 80 km/h as the weight was too much for the tires.