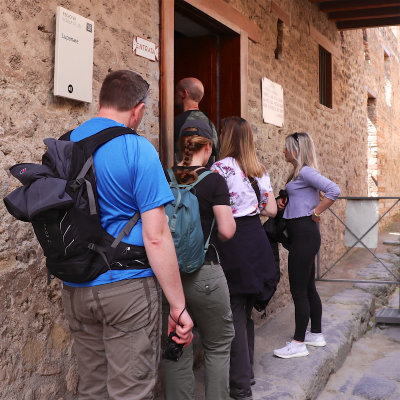 The Pompeii Lupanara (brothel) remains as popular as ever. This is one place in Pompeii where there is a one-way system in force.