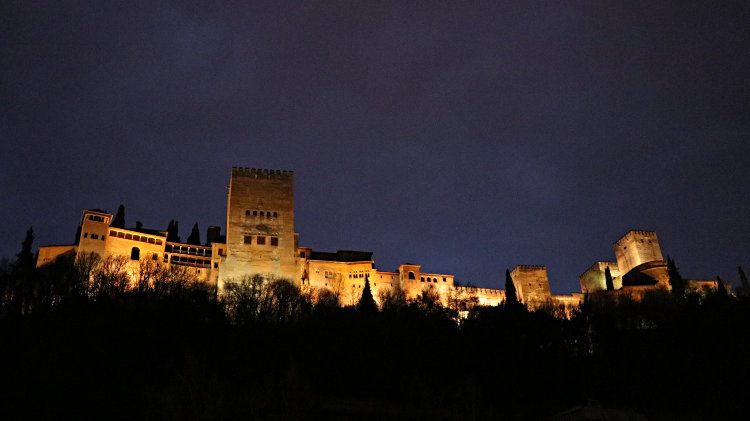 The Alhambra in Granada seen from the San Nicolas viewing platform. On some nights it is possible to visit the Nasrid Palaces and occasionally the Generalife Palace too.