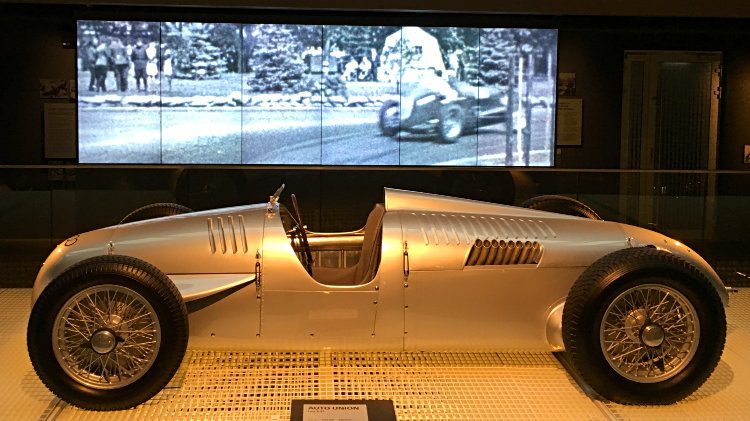 An authentic copy of a 1938 Auto Union V16 type C/D racer on display in the Riga Motor Museum in Latvia.

The original car, one of only two made in this specification, was confiscated by the Soviets after the Second World War and taken to Russia as spoils of war. A crash that cost the lives of 18 spectators led to the end of foreign racing cars being used in the USSR in 1946.

The wreck was saved from planned demolition in 1976 and formed the basis for the foundation of the automobile museum in Riga.

The museum sold the original to Audi and used the funds to refurbish the museum that originally opened in its iconic building in 1989.