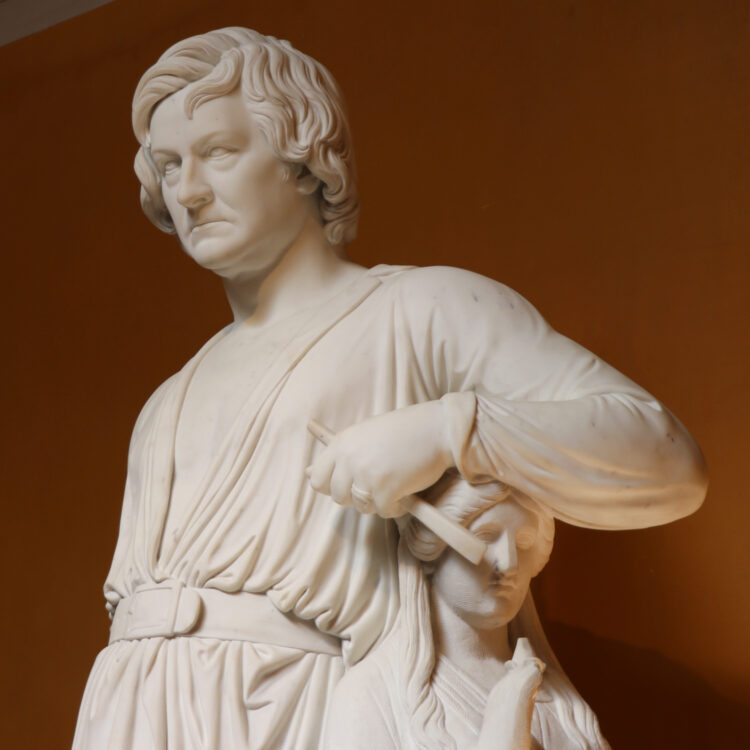 Karl Albert Bertel Thorvaldsen (1770 – 1844) was a Danish artist, who arguably was the most famous sculptor of his age. During the first half of the 19th century, Thorvaldsen developed to the foremost sculptor of neo-Classical sculptures in Europe. Antonio Canova praised his work and after Canova’s death in 1822, Thorvaldsen was the undisputed master of the genre.

He spent most of his life in Rome but returned to Copenhagen shortly before his death and opened a museum with his complete collection of models.