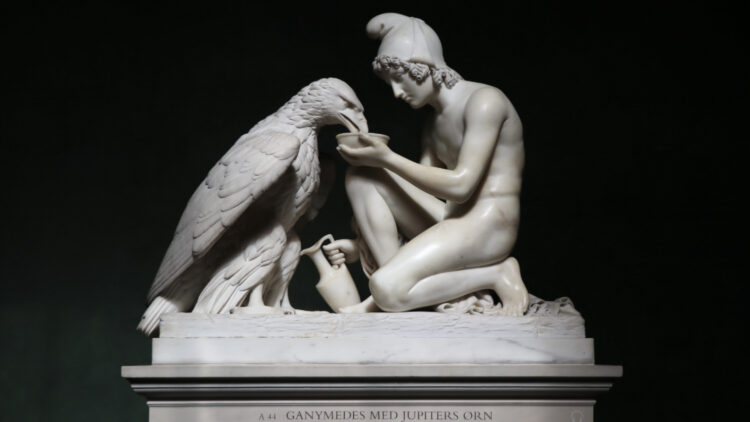 The marble Ganymede and the Eagle of Zeus (Jupiter) in the Thorvaldsens Museum in Copenhagen is considered one of very few marbles that Bertel Thorvaldsen carved himself — usually he made the clay model and had a workshop chiseling the stone. It is an early work produced in 1817.

It is a typical Thorvaldsen portrayal of a classical scene. Ganymede and the eagle are often portrayed as a violent or dramatic scene with the boy terrified by the eagle. However, Thorvaldsen shows Ganymede totally at ease with the eagle.

See also Sculptures of Ganymede in the Thorvaldsens Museum.