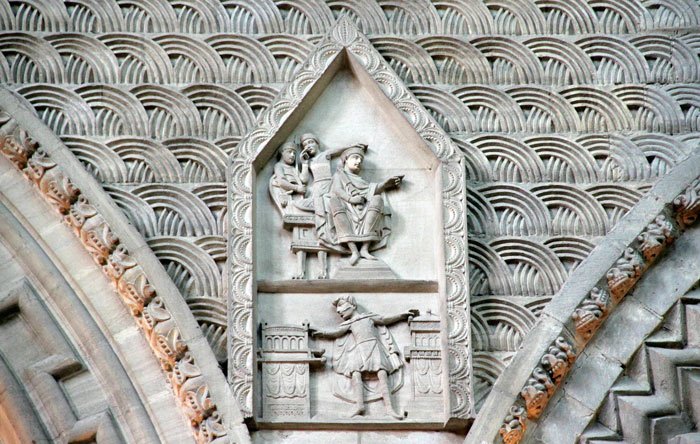 This relief in the nave of Bayeux Cathedral shows a famous scene in the Bayeux Tapestry where Harold, earl of Wessex, swore an oath on the relics in Bayeux Cathedral. Although the tapestry does not explain the oath, it was generally seen in Normandy as Harold swearing to uphold his promise to King Edward the Confessor and William, duke of Normandy (and later William the Conqueror or William I of England), to support William as successor of Edward.