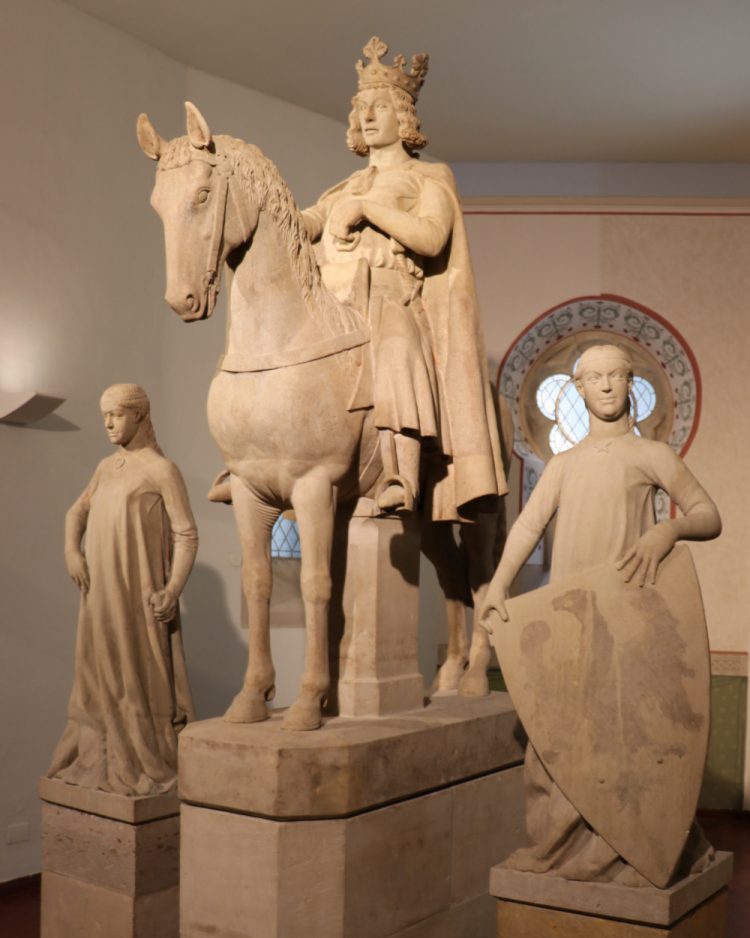 The original mid-13th-century Magdeburger Reiter is the main attraction of the small Kunsthistorisches Museum. The Magdeburger Reiter was produced around 1240, as the first large freestanding equestrian statue since classical antiquity and the first such work made north of the Alps. This work consists of around a hundred sandstone pieces. The rider is almost certainly a depiction of Emperor Otto I the Great while the two maidens carry imperial insignia. An imperial eagle was once painted on the shield while the second maiden carried a flagstaff.