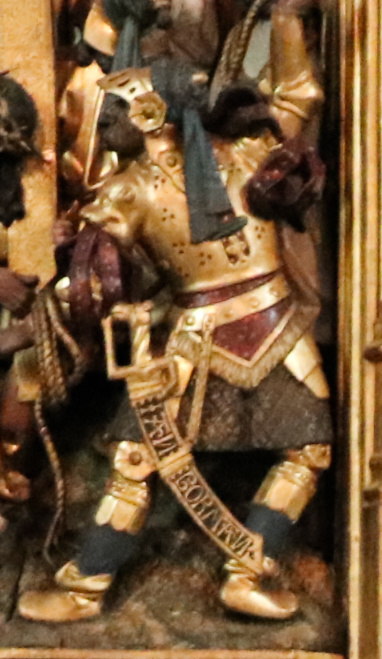 The altar in St Marien in Güstrow is attributed to the Brussels-based workshop of Jan Borman, although it is unclear exactly which of several similarly named carvers were responsible. It is very rare for a wood-carved altar from the Low Countries of the period to actually have the name of the artist on the work but “Jan Borman” is clearly carved on the sword of a soldier in the carrying the cross scene (lower left next to the central crucifixion scene).