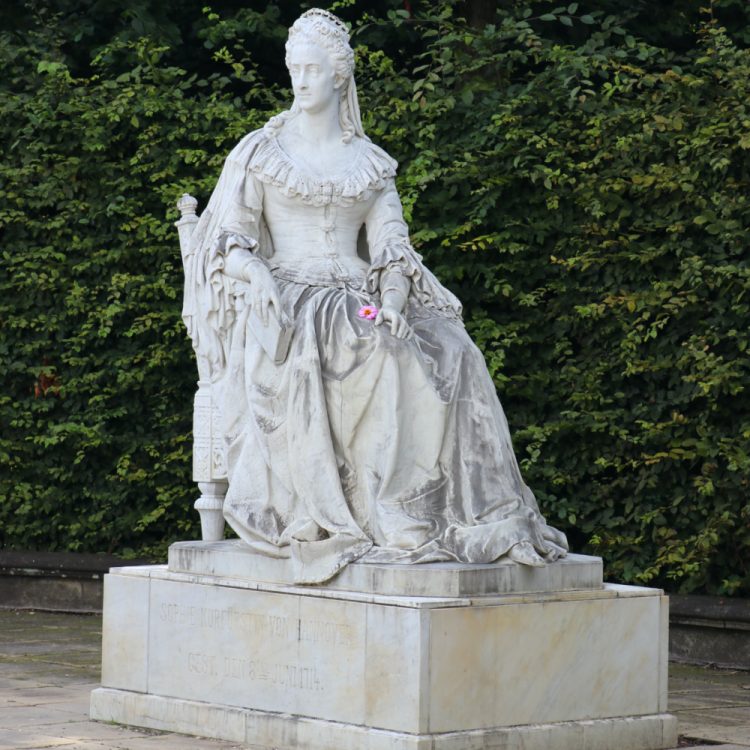 The marble statue of a seated Electress Sophie (1630-1714) who died on this spot from a heart attack while taking her daily stroll in her beloved garden. If she lived two months longer, she would have been queen of England in her own right (in Germany a woman could only be consort) rather than her son becoming King George I of Great Britain.