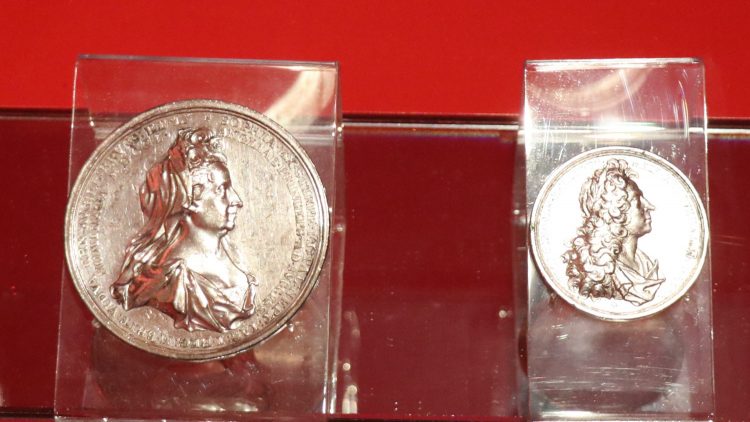 Left: Medal from 1701 confirming Electress Sophia as first in line for succession to the British throne — she died less than two months before Queen Anne and thus narrowly missed out on becoming queen. In Germany, her son Georg Ludwig was already the elector but he became King George I of Great Britain in 1714 when the medal on the left was coined.