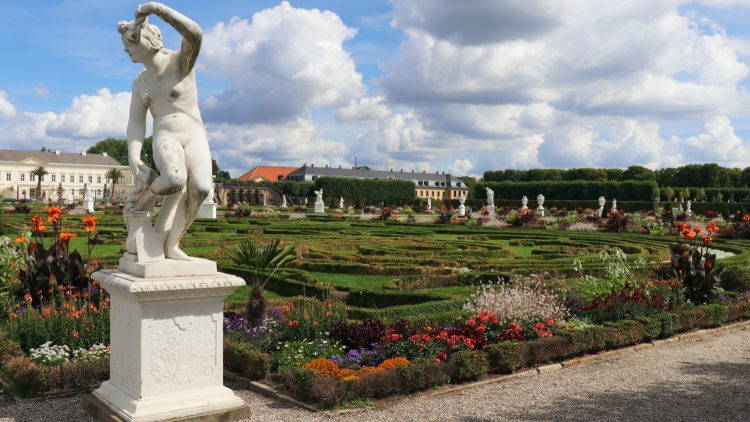 The Großer Garten of Schloss Herrenhausen in Hannover is one of the largest and most impressive baroque gardens in Germany. the neoclassical appearance of the palace resembles the early-19th century facade that was added to a half-timbered manor house from 1640. The palace was destroyed in 1943 and only rebuilt with a modern interior in 2013.