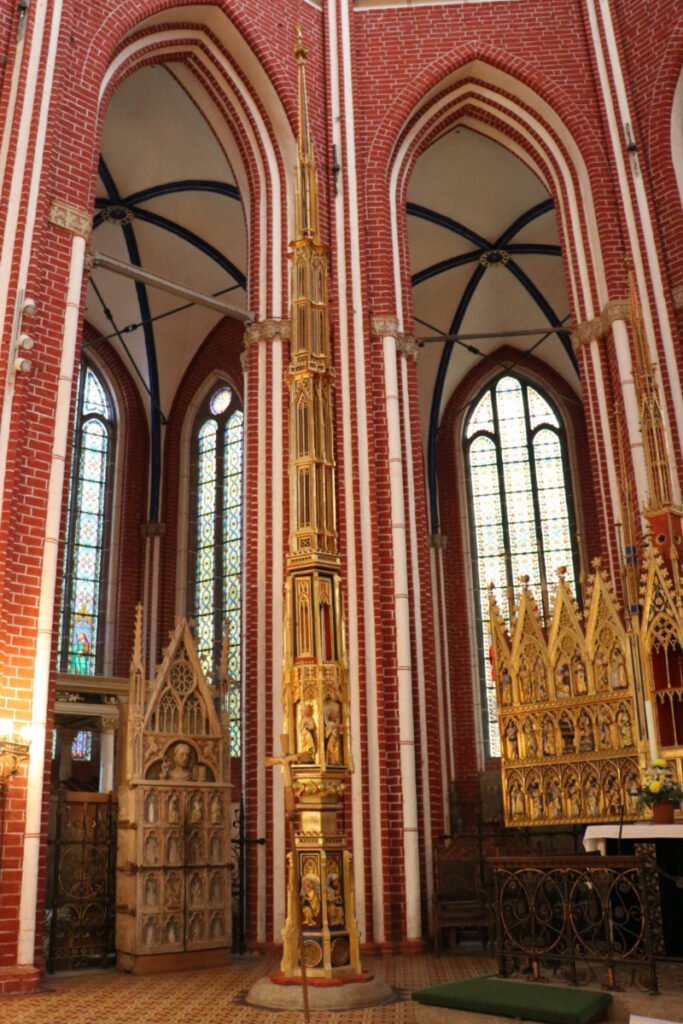 The Sakramentsturm (tabernacle) from the same period is the tallest and one of the oldest in Germany. This Gothic monstrance measures 11.6 m high and was used to store the sacred host (until the Lutheran Reformation) and probably hosted further relics and richer decorations. The figures on the lower level are from the Old Testament (including King David playing the harp, Abel sacrificing a lamb, Moses with manna) and on the higher level from the New Testament (including Mary and various apostels).

The Kehlschrank (chalice cupboard), ca. 1300, has decorations unique in Europe from the period. The paintings on the inside of the doors — generally not shown — are the originals and were never repainted. It had space for 20 sets of utensils — two for the main altars and 18 for the altars in the side chapels.