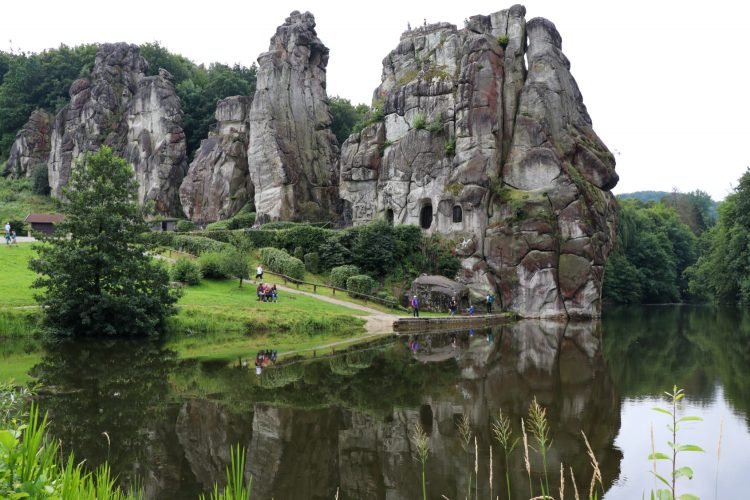 The five more interesting stones are those closest to the pond: