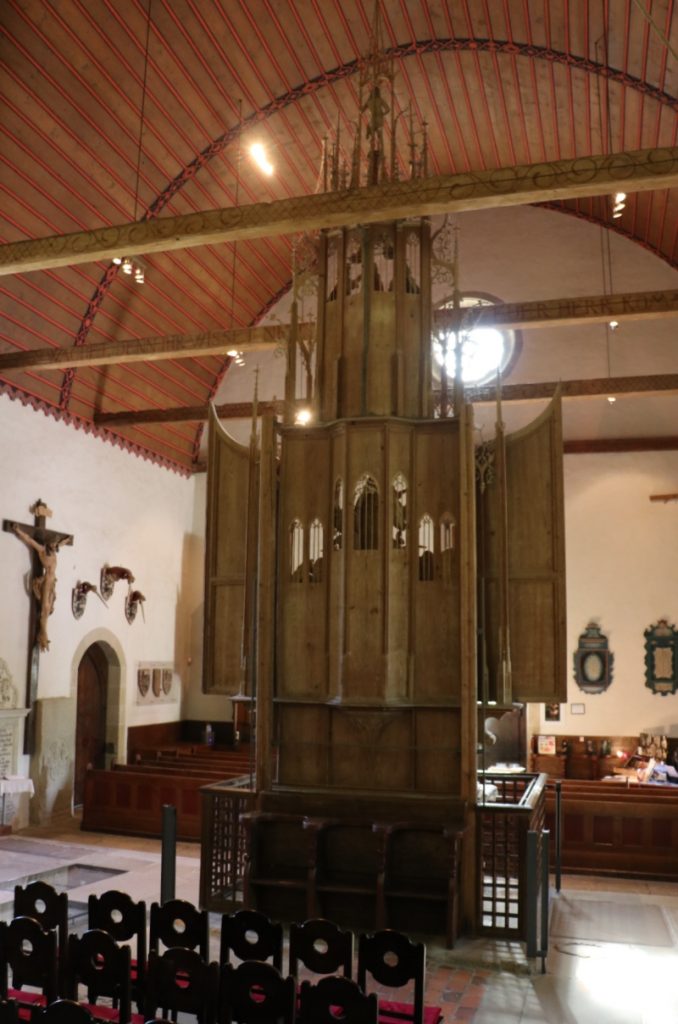 The outside of the wings, like the back of the complete altar, is basically bare and without any adornments. This helped saved Riemenschneider’s Marienaltar when this part of Franconia became protestant. The altar was simply closed and for centuries covered with other decorations. Riemenschneider’s masterpiece was only again revealed three centuries later when opened in 1832.