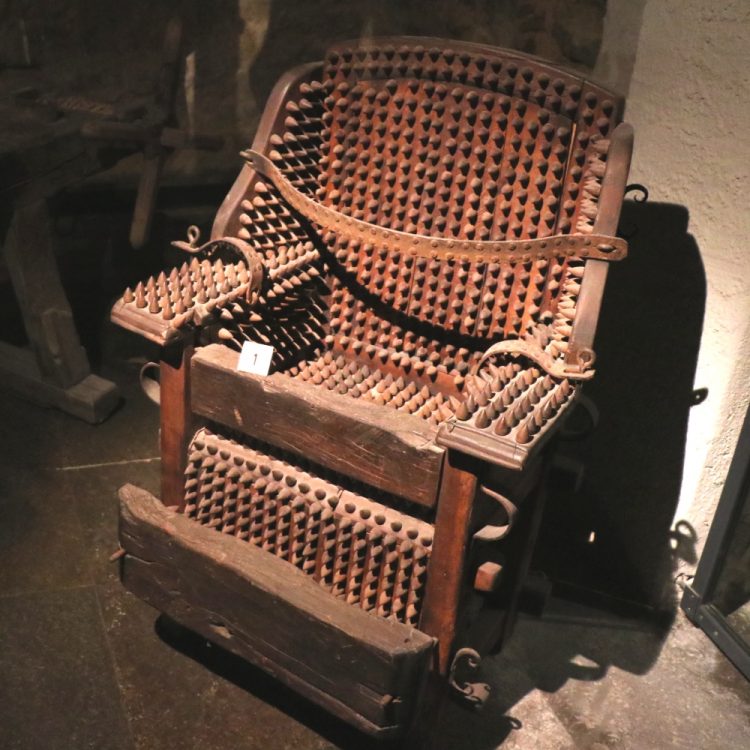 Physical torture was not regularly used for punishment but rather to extract confessions, which were usually necessary for guilty verdicts in medieval Europe. Often, and not entirely surprising, just the threat of torture, or tying the accused to the rack, spiky chair, or similar, was sufficient to extract a confession whether true or not.