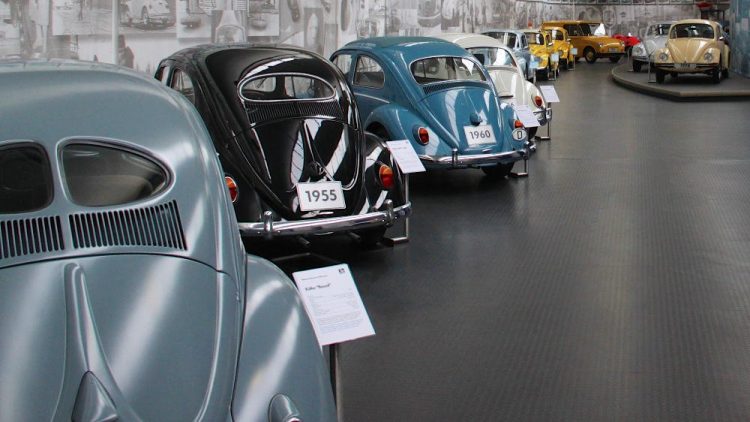 Historic Volkswagen Beetles in the Auto Museum in Wolfsburg.

The Bretzel Käfer (front) is a rare civilian Beetle made during the Second World War. On the right is the last VW Beetle made in Germany and the grey one behind it was the 20,000,000th Beetle produced (1981 in Mexico).