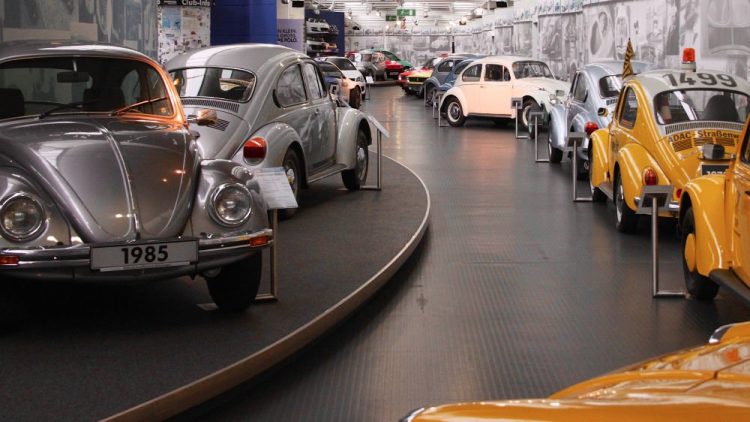 Volkswagen Beetles make up a large component of the cars on display in the Auto Museum Volkswagen in Wolfsburg.

The silver 1985 model was the last VW Beetle officially exported from Mexico to Germany while the grey one behind it was the 20,000,000th Beetle produced – in 1981 in Puebla, Mexico.