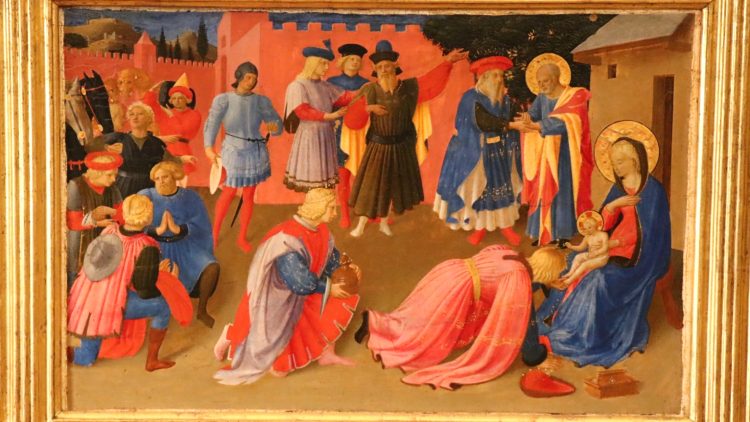 Adoration of the Magi – central panel of the predella.