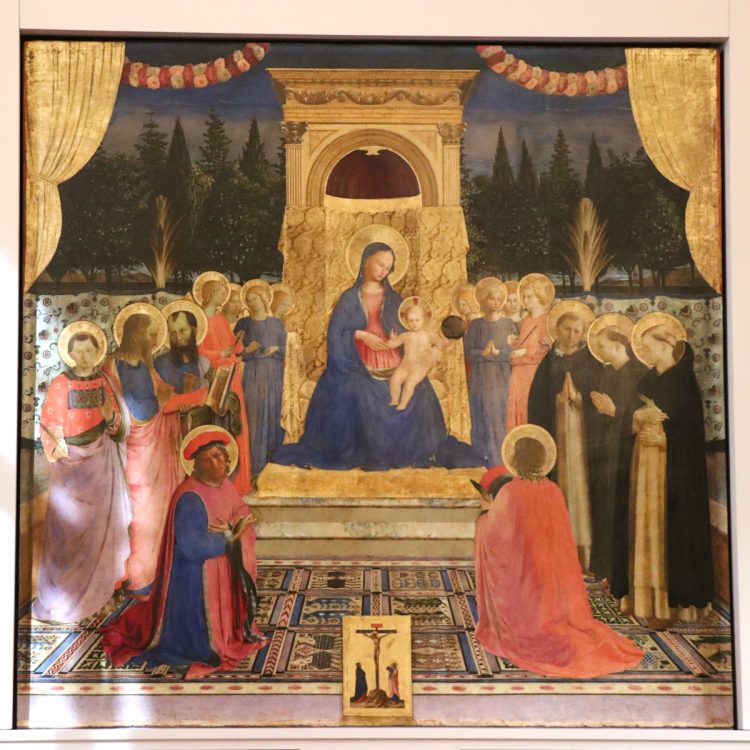 The Altarpiece from San Marco (also Madonna and Saints) is considered one of Fra Angelico’s masterpieces. It is considered one of the finest early Renaissance paintings for its use of metaphor and perspective, and mixing of Dominican themes and symbols with contemporary messages. It is a relatively late work completed between 1438 and 1443.

At the center is the Madonna and Child — directly in line with the troupe l’ceil crucifixion painting at the bottom — surrounded by angels and saints. Fra Angelico positioned the saints and used the carpet in the foreground to create a logical space and depth.

Fra Angelico paintings are exhibited in the San Marco Museum in Florence Italy.