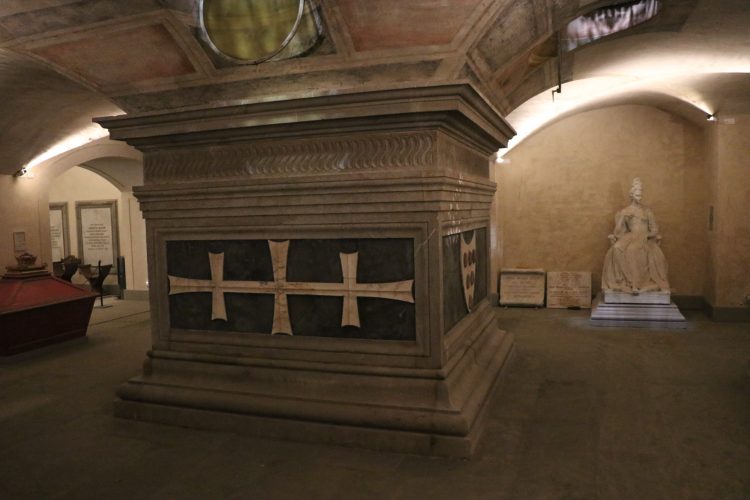 The large Renaissance sarcophagus built into the pillar that supports the high altar of the basilica of San Lorenzo in Florence contains the remains of Cosimo the Elder, who died in 1464.

His friend Donatello, who died only two years later, was also buried in this crypt. The marble commemorative plaque was crafter around three centuries later.

The plaque second to the left from the female statue is for Anna Maria Luisa de’ Medici (1667-1743), the last Medici.