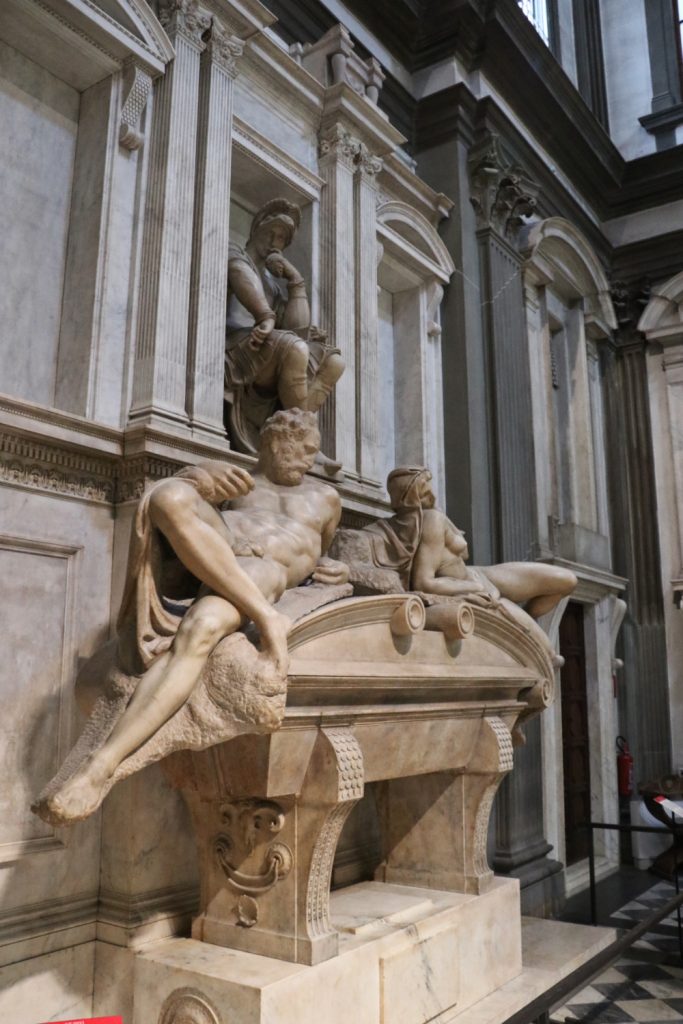 Lorenzo (1492-1519), Duke of Urbino and nephew of Pope Leo X, is portrayed by Michelangelo in deep thought, as Machiavelli’s Prince. The allegories on the sarcophagus is a rather muscular female Dawn waking from sleep and a tired Dusk about to fall asleep. The face of the male Dusk is rather rough to emphasis tiredness.

The New Sacristy is Renaissance chapel designed by Michelangelo as part of the Medici Mausoleum in San Lorenzo in Florence. Although Michelangelo abandoned the project halfway through, it has two of the planned monumental tombs and a further statue of the Madonna with Child by Michelangelo.