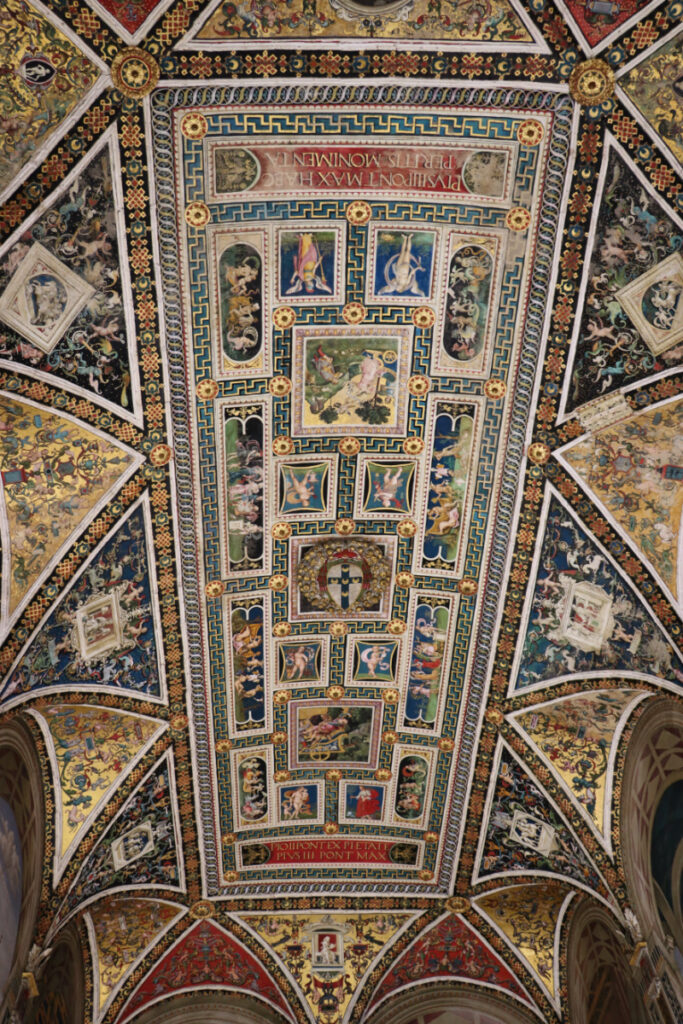 The painted ceiling of the Piccolomini Library is a Renaissance masterpiece and one of the most complex reinterpretations in the early 16th century of the style and themes of classical antiquity.