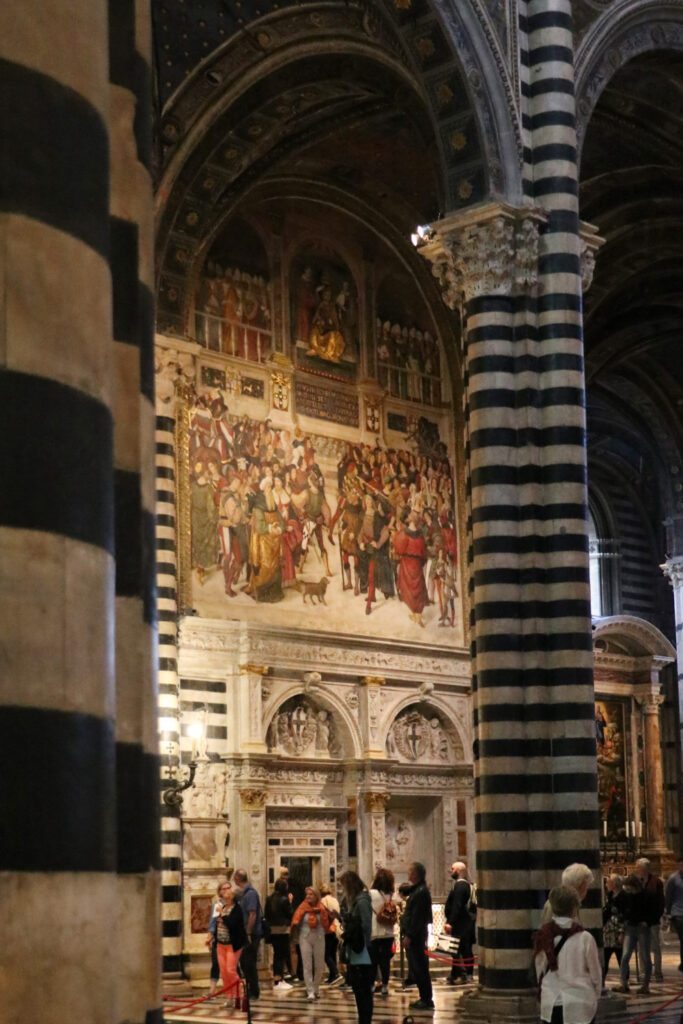 The large painting by Pinturicchio above the door leading to the Piccolomini library shows the coronation of Cardinal Francesco Todeschini Piccolomini as Pope Pius III. He died 26 days after his election (and only 10 days after his coronation) of a septic ulcer in his leg — inevitably, some claimed he was poisoned.