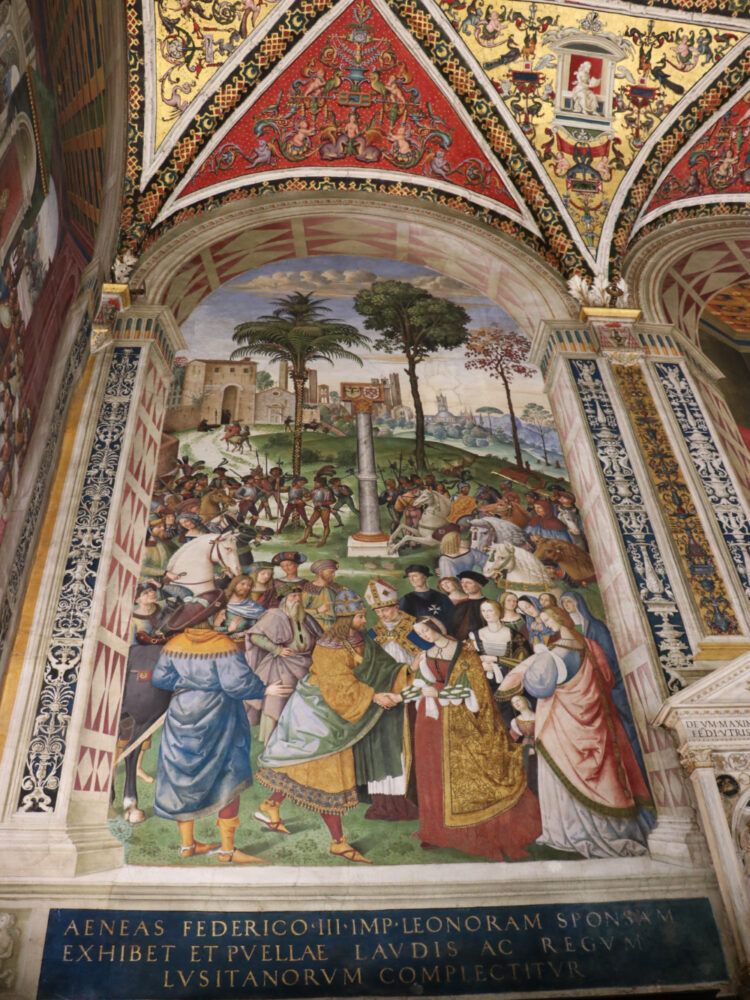 Aeneas Silvius Piccolomini, as bishop of Siena, arranged the meeting of Holy Roman Emperor Frederick III and his future bride Eleonora of Portugal that took place by the city’s Porta Camollia gate on 24 February 1452. People, clothing, and jewels are painted in exquisite detail while the Siena cathedral is clearly recognizable in the background.