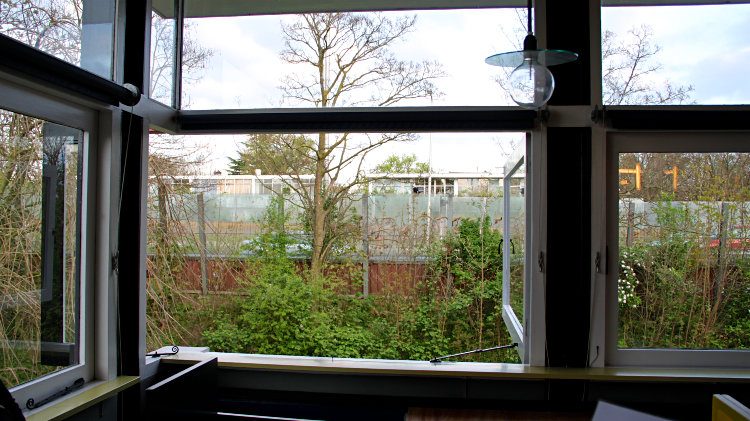 The view from the lounge / dinning room area of the upper floor of the Rietveld-Schröder House in Utrecht. The windows that could be open without leaving a corner beam were a special design feature that was supposed to have blurred the distinction between inside and outside.

The original views were of a pleasant polder with meadow. When the adjacent plot was rezoned for development, Schröder bought it and had Rietveld design a modern apartment building so she could at least partly determine the view from her lounge.

She could do little about the four-lane highway that was later built next to her house. Rietveld wanted to destroy the house but she kept living here until her death in 1985.