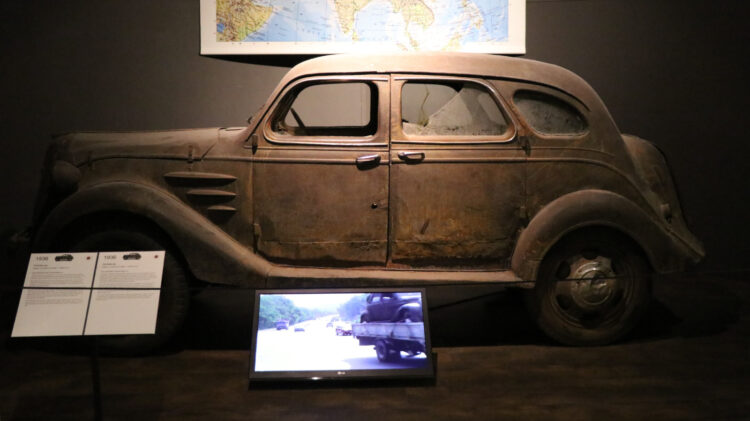 The 1936 Toyoda AA is the oldest Toyota in the world and the only surviving Toyota car from before the Second World War.

It was discovered in 2008 on a farm near Vladivostok and displayed in a preserved, very much unrestored condition, in the Louwman Museum in The Hague, the Netherlands.