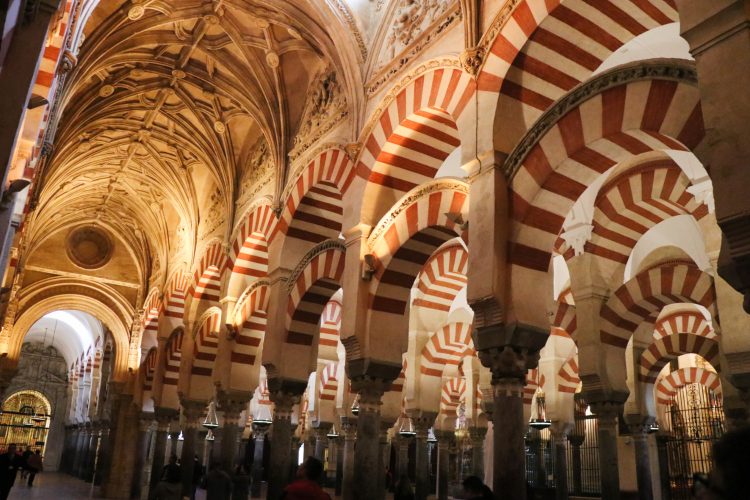 The newest part of the mosque with some added Christian elements in the area behind the main altar.

See All Mezquita in Cordoba Tours at Get Your Guide
Home » Spain » Visit the Mezquita Mosque-Cathedral in Córdoba, Andalusia » Mezquita Behind the Altar