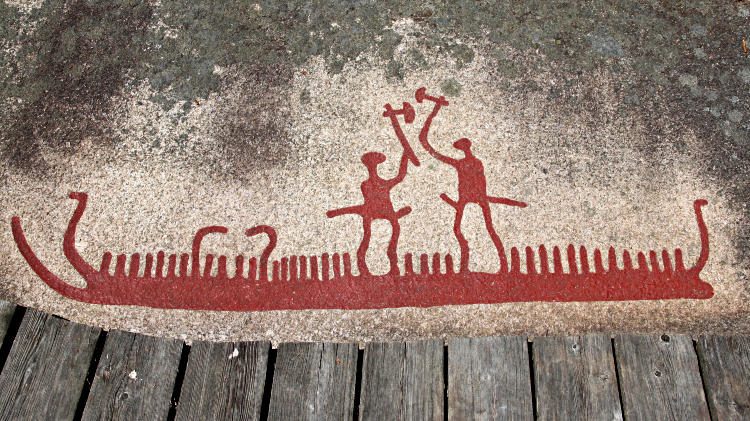 Prehistoric, Bronze Age rock carvings at Fossum in Sweden often depict ships. Although weapons are commonly waved about, very few scenes of violence are ever depicted leading archaeologists to believe that the weaponry was mostly for ceremonial purposes.

The Fossum rock carvings are part of the Tanum site that is included on the UNESCO World Cultural Heritage list.