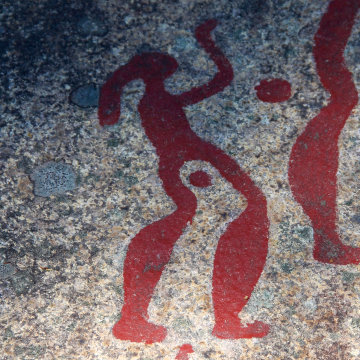 The woman of Fossum is one of the best-known rock carving figures. She seems to greet visitors with a raised arm while a cup mark between her thighs is usually interpreted a symbol of life, a birth, the egg of life, or simply female genitalia. (Male figures and animals often have similar cupmarks between the legs or below the tail.)