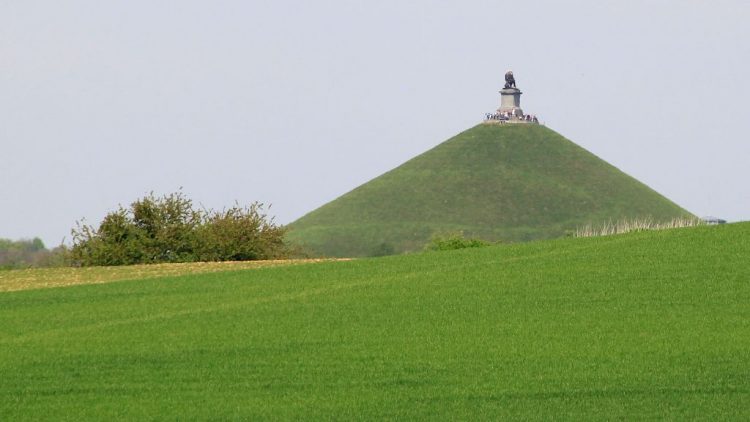 It is 226 steep steps to the top of the tumult from where visitors can enjoy a splendid view of the battlefield, which has returned to normal farmland so there really isn’t that much to see.

Here it is seen from the opposite end of the Battlefield of Waterloo from near the Last Headquarters of Napoleon.