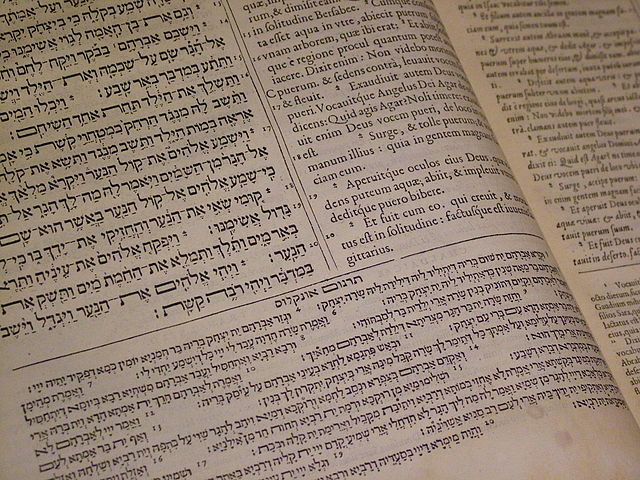 The Plantin Polyglot Bible is considered the most important work by Christophe Plantin. This Bible printed in five languages ultimately earned him the monopoly on publishing religious texts for the lands ruled by Spanish king Philips II – these included most of the Americas.
Photo of this sample on display in the Museum Plantin-Moretus in Antwerp by: Ziko Van Dijk / Wikimedia Commons