The printing shop and residence of the Plantin-Moretus family in Antwerpen is the only museum inscribed on the UNESCO World Cultural Heritage list. 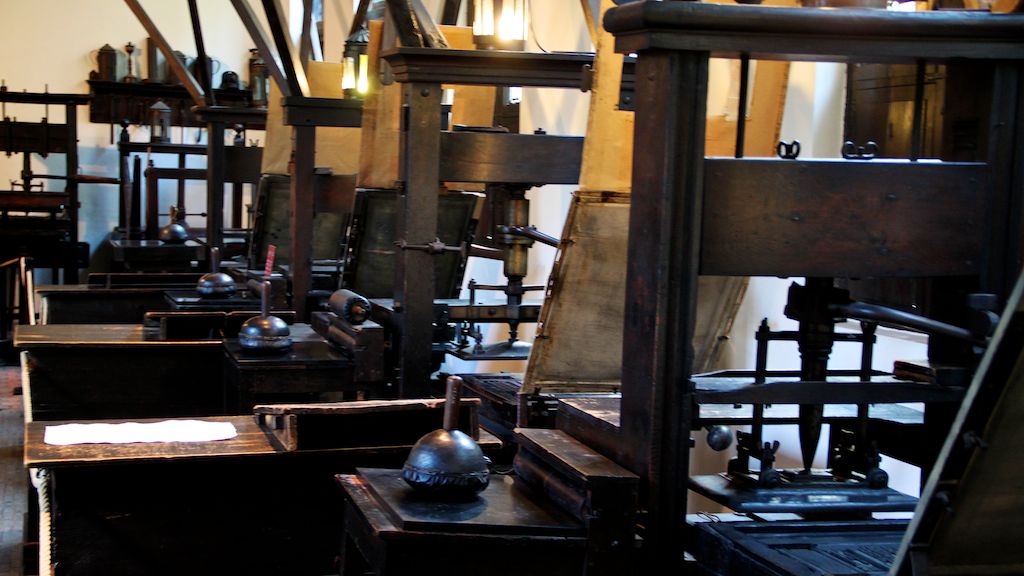 The Museum Plantin-Moretus in Antwerp, Belgium, is a masterful example of a rich patrician house of the 17thand 18th century with printing workshop. The house is mostly furnished in the Renaissance and Baroque styles. The printing workshop, which was run on an industrial scale during the 16th and 17th centuries, has many original items, as well as the two oldest printing presses in existence. The museum has one of the most important collections of graphic prints from the 16th and 17th centuries, around 600 medieval manuscripts, and 25,000 books printed before the 19th century.

The Museum Plantin-Moretus in Antwerp 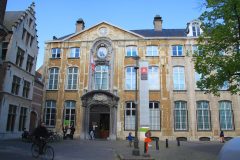 Christophe Plantin (in Dutch Christoffel Plantijn, circa 1520-1589) was a French-born bookbinder that established a printing business in Brussels in 1555. He became one of the most important and most successful printers of the 16th century – over 1,200 books were printed in the three decades he ran the business. 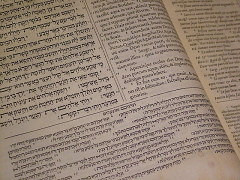 Christophe Plantin made much of his money through the monopoly on printing all religious manuscripts in the areas of the world ruled by Spanish king Philip II (including most of the Americas). He obtained this license largely as a reward for his most important work: the Plantin Polyglot that nearly bankrupted him. This Bible in several volumes is in up to five languages: Latin, Hebrew, Arabic, Greek and Syriac-Aramaic – all needing its own unique type.

Plantin also anonymously published texts for the Dutch Protestant heretics (according to the Roman Catholic rulers of Antwerp). This was long suspected but only modern science proofed that many Protestant works were in fact published in his workshop.

After his death, Plantin’s son-in-law Jan Moretus (1576-1618) took over the printing firm in Brussels, which stayed in business until 1866. In the early years, the printing business worked on an industrial scale for the period with 16 printing presses and around 80 skilled workers. Other sons-in-laws ran the firm’s printers in Paris and Leiden but both went of out business by the early 17th century. 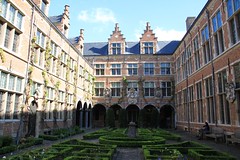 The Plantin-Moretus Museum was inscribed on the UNESCO World Cultural Heritage list in 2005 – the first museum ever listed. 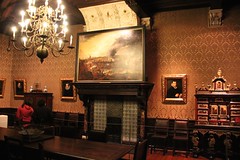 Visitors to the Plantin-Moretus Museum visit around 30 rooms, which include the family’s richly decorated Baroque house, the printing workshops, and a vast library with valuable and important books and prints.

The residence is mainly furnished as it was during the 17th and 18th centuries but many items are older. The museum has more than 150 paintings – including a painting of Christophe Plantin by Peter Paul Rubens, wall tapestries, antique furniture and musical instruments, sculptures and a large collection of porcelain. The walls of several rooms are hung with Spanish leather with the room of the humanist Justus Lipsius (Hall 11) one of very few in the world still having its original leather.

A highlight is the printing works: the museum has the two oldest printing presses in existence (from around 1600), a large collection of dies and matrices, further printers, and typographical material. The typical printing workshop, editing / proofreading room and bookshop are still fully furnished. It is worth watching the short video to see how the workshop operated.

The courtyard garden has been replanted as it was in 1639. In overcrowded Flemish cities such a private space dedicated to pleasure rather than economic activity was sheer luxury.

Books, Graphic Prints and Art in the Plantin-Moretus Museum 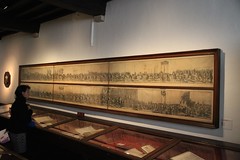 The Museum Plantin-Moretus has one of the world’s most important collections of graphic prints from the 16thand 17th centuries. It also has around 600 medieval manuscripts from before the printing age and over 25,000 book printed before the early 19th century.

Many of these books and prints are exhibited on the second floor of the museum – many more may be studied on request in the reading rooms of the museum.

One of the most important books is the 36-line Bible printed before 1461 in Bamberg with metal sort from Gutenberg’s original workshop in Mainz. Only 14 copies of these three-volume, 36-line Bibles survived compared to around 48 from the original Gutenberg 42-line Bible. It is on display in the Gutenberg Room (14b).

A few other noteworthy works on display in the Museum Plantin-Moretus include:

Opening Hours and Tickets for the Museum Plantin-Moretus

The Museum Plantin-Moretus is open Tuesday to Sunday from 10 am to 5 pm. It is closed on Mondays and on many public holidays but open on Easter and Pentecost Monday. The reading room is open weekdays from 10 am to 4 pm.

The Museum Plantin-Moretus is free on the last Wednesday of each month.

Only the ground floor is accessible to wheel chair users – admission is free. 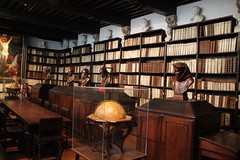 Visitors arriving in Antwerp by train may obtain a small discount on museum admission on presentation of the valid train ticket.

Consider an audio guide (€2) or printed guide, as many of the items in the museum are not fully described in English.

The Museum Plantin-Moretus is on Vrijdagmarkt, a short walk to the south of Antwerp Cathedral. See also more photos of the museum on Flickr.