Direct flights to Antwerpen Airport (ANR) arrive from London City and Southend – from other destinations fly via Brussels, Charleroi or Amsterdam Schiphol. 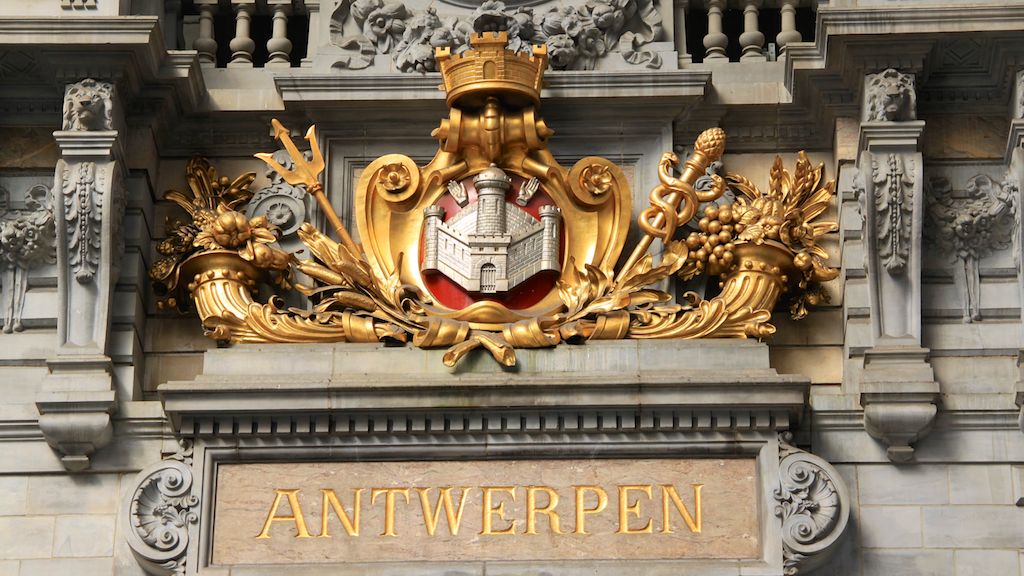 Daily flights to Antwerpen Luchthaven (ANR) in northern Belgium arrive daily on low-cost and budget airlines from London City (LCY) and Southend (SEN) airports. Travelers from other cities generally have to fly via Brussels National Airport, which is less than an hour away by train or car, or Brussels-South Charleroi, which is popular with budget airlines such as Ryanair. Amsterdam’s Schiphol Airport (AMS) is often the best choice for intercontinental passengers – it is a fast one-hour, direct high-speed TGV Thalys train ride away from Antwerp.

Antwerpen Internationaal Luchthaven (ANR) is a small regional airport just outside Antwerp in the far north of Belgium. Currently, the only scheduled flights to Antwerp are from London City airport (LCY) on regional carrier CityJet (WX) and from London Southend airport (SEN) on Flybe (operated by Stobart Air). Apart from London flights, all other departures from Antwerp Airport are charter or special flights.

Passengers traveling between these airports in London and Antwerp can take advantage from the relative smallness of all three airports. Check-in and security clearances are often done in minutes with passengers able to arrive at Antwerp Airport for some flights as short as 20 minutes prior to departure. Antwerp Airport claims arriving passengers can be out of the terminal in ten minutes after landing.

Services at Antwerp and Southend airports are rather limited (less so at London City, which is also very convenient for travelers to the City and eastern suburbs of London). It is generally not a good idea to arrive too early for a flight, as there is very little to do at Antwerp Airport. Similarly, it is a good idea to reserve car hire in advance – only Hertz and Avis are present directly at Antwerp airport. 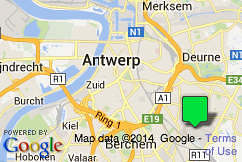 s only 5 km to the southeast of Antwerp city. It can easily be reached from downtown by car or public bus. Residents of Antwerp and Flanders enjoy some of the last remaining free airport parking in Europe.

The easiest public transportation from Antwerpen Airport is to use bus 51, 52 or 53 – all stop directly in front of the terminal building – to Antwerpen-Berchem train station. From here, use tram 9 or bus 32 to Diamant / Centraal Station. (Tram 9 continues below Meir through the old town center – use Groenplaats for visiting Grote Markt, Antwerp Cathedral or the Museum Plantin-Moretus.)

The ticket required is for two zones – €2 when bought on the bus or tram, €1.30 if bought at a vending machine or elsewhere in advance. Do stamp the ticket in the yellow time punch machine when boarding.

Regional trains are available from Antwerpen-Berchem station – including to Centraal Station but if not using a further train from Antwerpen, the bus or tram is generally easier. International and most Intercity trains depart from Centraal station but many local trains stop at Berchem too.

Details for Belgian trams and buses are available online at De Lijn and for Belgian train schedules and tickets use NMBS – both sites are at times fairly frustrating to use.

Fly to Antwerp via Airports in Brussels

Travelers to Antwerp – other than from London – usually have to fly via airports in Brussels. Brussels Airlines often has very good deals from other European capitals.

Brussels National Airport (BRU) is by far the more convenient with a direct train connection available to Antwerp twice per hour with a journey time of less than 40 minutes. The train is €11.20 (€14.50 first class) one-way – many discounts are available. A direct Airport Express bus service is also available for €10 (45 minutes).

Suntransfers quotes around €70 for a car or minibus from Brussel Nationaal Airport to Antwerpen (Anvers).

Charleroi Airport (CRL), or Brussels-South in budget airlines-speak, is a further alternative Belgian airport when traveling to Antwerp but much less convenient. This airport is mostly used by ultra low-cost airlines such as Ryanair, Jetairfly and Wizz Air. A bus and train service can get travelers from Charleroi Airport to Antwerp in just over two hours, twice per hour. The bus and train fare is €19.80.

Suntransfers quotes around €150 for a car or minibus from CRL to Antwerpen (Anvers).

Amsterdam Schiphol Airport (AMS) is for many travelers a reasonable option when traveling to Antwerp, especially for intercontinental arrivals.

Regular trains cost only a fraction of the high-speed railways but from Amsterdam Schiphol Airport to Antwerp requires around two hours and usually two train changes.

Small groups may find a pre-booked shuttle better or at least fair value – Suntransfers quotes around €250 for a car or minibus between Amsterdam and Antwerpen (use Anvers if Antwerp is not listed). Compare offers as prices and booking conditions vary widely.