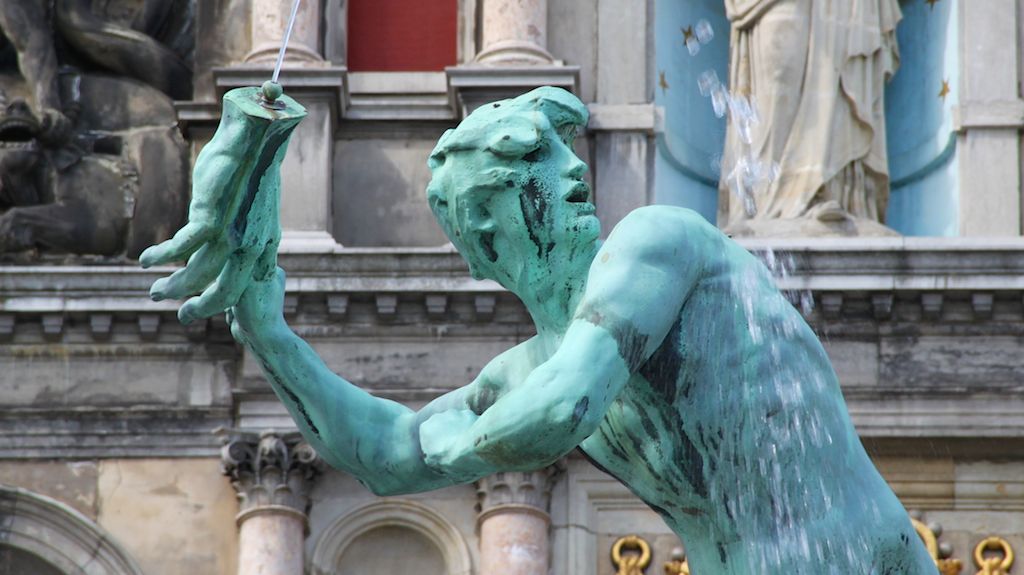 Getting to Antwerp in Belgium from airports in Brussels is easy and fairly cheap on public transportation. Brussels National Airport (BRU) is by far the larger and easier to reach on trains or buses with traveling time on direct routes from Antwerp around 45 minutes. Brussels-South Charleroi Airport (CRL) is much further away and transportation more complex with bus and train combinations taking around two hours. 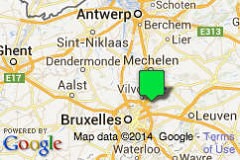 Brussels National Airport (BRU), which despite its official name is very much an international airport, is generally the most convenient for travelers heading to Antwerp in northern Belgium. Flights are available from most European capitals and a few intercontinental destinations.

Brussels National Airport is only 40 km to the south of Antwerp. As the airport is to the north of Brussels, traffic is usually not too problematic and the driving time to Antwerp not much more than half an hour.

A pre-booked private car or minibus from Brussel Nationaal Airport to Antwerpen (Anvers) should cost around €100. However, compare prices and booking conditions as rates vary widely. A pre-booked local taxi in Antwerp may well work out cheaper. Suntransfers gives online quotations for private airport transfers without first requiring personal details or flight numbers.

By Train to Antwerp from Brussels Airport (BRU)

Return fares are usually two single tickets but if traveling return on a weekend (after 19:00 on Friday and returning up to Sunday night, with extensions possible on long weekends), the fare is often cut in half. Antwerp-Brussels Airport then becomes €18.20 (€22.00 first class) – the diabolo surcharge is not discounted.

All rail passengers starting or ending a journey at Brussels Airport pay a diabolo surcharge of around €5 per ticket. As a result, other great savings fares on Belgium railways such as the Go-Pass1 for travelers under 26 and Senior 65+ tickets do not give significant savings over the regular tickets on the Antwerp-Brussels Airport route.

Belgian train tickets can be bought online at Belgian Rail or at station vending machines and ticket windows. Standard tickets are also available on the train but at a surcharge of €3 per ticket – inform the ticket inspector before getting on the train, or immediately after boarding, to avoid being fined. (The possibility of buying train tickets is disappearing from most European railways so this option may not last.)

On search engines and booking systems various names are used making it worth knowing that Brussels Airport (BRU) is Brussel Nationaal Luchthaven in Dutch (Flemish), L’aéroport de Bruxelles-National in French and sometime also called Brussel-Zaventem after the district it is in. Similarly, Antwerp is Antwerpen in Dutch and Anvers in French. The main train station in Antwerp is Antwerpen Centraal.

By Airport Express Bus to Antwerp from Brussels Airport (BRU)

Airport Express buses operated by De Decker-Van Riet connect Antwerp city and Brussels Airport hourly in 45 minutes. The one-way fare is €10 (€5 for children 2 – 11) – buy tickets directly from the driver with cash only.

The bus departs from Koningin Astridplein (near the Quick restaurant) in downtown Antwerp near the central train station. En route to Brussels Airport, all Airport Express buses also stop at Antwerp South (Antwerpend Zuid) at the Crown Plaza hotel, G Le Grellelaan near the Expo center and free parking. (Buses from the airport stop here only on request to the driver when boarding.)

At Brussels Airport, the Airport Express buses stop on Level 0 at stop B. 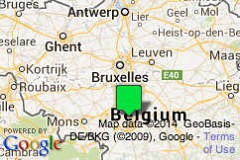 Brussels South Charleroi Airport (CRL) is popular with ultra low-cost airlines such as Ryanair and Wizzair. As the name indicates, the airport is to the (far) south of Brussels, just over 100 km from Antwerp. The driving time to Antwerp could be as fast as an hour but as the highways go through the outskirts of Brussels, traffic can easily add at least half an hour or even more to average traveling time.

For travelers heading to Antwerp on public transportation, the easiest is usually to take the TEC bus line A from Charleroi Airport to Charleroi Sud train station and then the direct train from there to Antwerpen Centraal. Total traveling time is around two hours with two services per hour.

The Charleroi Airport ticket (code 814) combines the bus and train fare – it is currently €21.40 (€29.60 First Class train) for travel to Antwerp. Buy this ticket from station ticket windows or vending machines – at Charleroi Airport outside the terminal building near exit 2. This combination ticket is NOT available from the bus driver.

Travelers arriving from London could also consider flying directly to Antwerp Airport (ANR), which is only 5 km outside the Flemish city. Amsterdam Schiphol Airport is also a good alternative, especially for intercontinental arrivals. See Cheap Flights to Antwerp for more details.