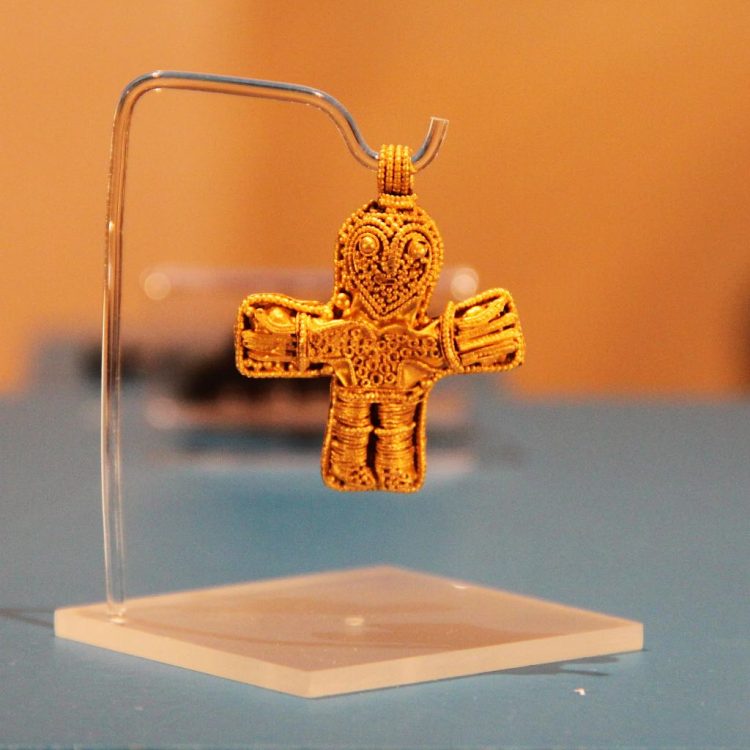 The image of Christ on the Cross (No. 1) was discovered in 2016 near Aunslev Church in Denmark. The gold pendant is 4.1 cm in height in the shape of a man with outstretched arms and clearly an image of Christ on the cross. It is made of fine gold threads and small filigree pellets mounted on hammered gold sheet.

The crucifix of Aunslev dates from the first half of the first century and is the first Danish example of a full figure representation of Christ on the Cross. Although it predates Harald Bluetooth’s big stone at Helling, it is regarded as the earliest image of Christ in Denmark.

It is thought to have been made somewhere in Scandinavia but the exact origins are unknown. Similarly, it is impossible to determine whether the owner was Christian or simply used it as an adornment.

Some of the items on temporary display at Ladby are most likely to end up on permanent display in the National Museum in Copenhagen.