The Villa et Jardins Ephrussi de Rothschild on the French Riviera is a pleasant daytrip destination from Monaco, Villefranche-sur-Mer and Nice.

The villa of Béatrice Ephrussi de Rothschild on the Côte d’Azur in France houses a rich fine and decorative arts collection in a Belle Époque Italian-style palazzo. The magnificent park with nine distinct gardens is equally attractive year-round. The Rothschild villa is beautifully located on the Saint-Jean-Cap-Ferrat peninsula and gives a rare glimpse into the lives and homes of the superrich that generally guard their privacy jealously behind high fences on the French Riviera. Cap Ferrat and the Villa Rothschild are pleasant day trip destinations from other Riviera resorts including Nice, Villefrance-sur-Mer, and Monaco.

The heiress Béatrice Ephrussi de Rothschild had an Italian-style pink palazzo erected on the beautiful Cap Ferrat peninsula at the start of the twentieth century. Hiring and firing at least ten architects during the seven-year building period, it reflects her taste perfectly. She used it as a residence and party villa until the 1930s before bequeathing it to the Institute de France for use as a fine art museum.

Béatrice Ephrussi de Rothschild had exquisite taste and collected well over 5,000 pieces ranging from fine furniture to paintings, statues, and porcelain dinnerware. Many items were rescued from palaces destroyed in Paris by the city planning excesses of Haussmann during the late-nineteenth century.

Admission to the Villa & Jardin Ephrussi de Rothschild includes an audio guide that explains the villa, artworks, parties, and the life of the baroness. The main descriptions are sufficient for most visitors’ interest with more detailed explanations of specific items available for the more curious.

The Villa, which Mme Rothschild named Île de France after a boat rather than the Paris region, is a two-story palace with rooms surrounding a covered central patio. (Free wifi is available in the patio – Mme Rothschild would have approved, as she was an early adopter of useful modern technologies.)

The house has a wealth of important furniture and carpets – some items belonged to Marie Antoinette and French kings and were originally in use in Versailles. Visitors not only see the public rooms but also the private suite, which Béatrice Ephrussi de Rothschild shared with her well-pampered dogs.

On the first floor is a large display of important porcelain from major manufacturers including Sèvres and Meissen. The Salon de Signes has an interesting Meissen monkey orchestra. The Chinese Room has a lovely display of chinoiserie with some items dating from the seventeenth century. Particularly touching – and shocking to the modern mind – is the collection of small shoes for Chinese elite women, who traditionally had their feet tied up and broken.

Even visitors without much interest in these artworks will enjoy the glorious views of the French garden from the loggia as well as the panoramic views of the Mediterranean Sea and Côte d’Azur from most windows.

The Nine Gardens at the Villa Ephrussi de Rothschild

The park, which is divided into nine clear distinct themed gardens, is as spectacular as the villa and views. The mild weather of the Côte d’Azur ensures that there are always flowers in bloom but spring and high summer see the most vibrant colors.

Visitors may wander through the gardens at will but do pick up a map of the garden. Following the suggested route, visitors stroll through the gardens with Villefranche-sur-Mer views before scaling a small hill and descending next to the waterfall into the French garden in front of the villa.

Using the suggested route, the nine gardens in the park of the Villa de Rothschild are:

Note that there are no toilets in the garden (and even the ones at the entrance to the garden and inside the house are a bit marginal at best.) 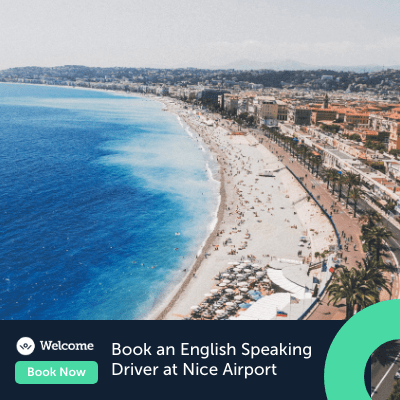