The IC Bus is a long-distance, intercity coach service operated by German Railways (Deutsche Bahn). It provides cheap transportation on routes not well covered by railways. German Railways rules and savings are usually applied, which mean cheap deals for families.

Cheap, luxury intercity IC buses run by German Railways / Deutsche Bahn offer transportation on routes in (and out of) Germany not well covered by trains. The IC Bus is usually in comfortable double-decker buses with free wifi and ample legroom. All German Railways discounts apply including Bahn Card savings and children under 15 traveling for free with parents.

Tickets for the IC Bus is available from any outlet selling German Railways (DB) tickets including online, ticket vending machines at station and (more expensive) from ticket windows or travel agents. The IC bus is listed with regular train services on the Deutsche Bahn website timetables and may be combined with other train or bus tickets sold by German Railways. Special savings fares are often available at prices far lower than usual on Deutsche Bahn trains. 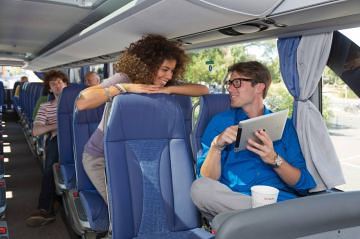 Since 2013, long-distance buses are allowed to compete with the trains on journeys over 50 km in Germany. To the shock of German Railways, and many politicians, Germans have taken to the very cheap intercity buses in droves – the journeys may be longer and less comfortable but bus travel is cheap.

Deutsche Bahn has joined the long-distance bus action with its own IC Bus on especially routes not well served by direct trains both inside Germany, as well as to neighboring countries.

The IC Bus is usually a double-decker bus but on some routes other operators are using their own buses in cooperation with DB. All buses are air-conditioned, have ample legroom, free wifi, free standard luggage, toilets, and a small snack bar. Almost all buses have electric outlets – carry a double adaptor as it is never one plug per seat. By using almost always its own buses, the IC Bus like the can guarantee a consistency of service often lacking in brands using buses from a variety of service providers. 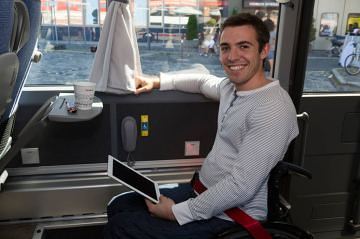 The double-decker IC buses can accommodate wheelchair users in their own wheelchairs.

On all IC Bus lines, all standard German Railways discounts may be applied, e.g. the popular Bahn Card savings. The IC bus is considered a long-distance service so specials aimed at regional and local transportation are not valid on the bus.

Families Save on the IC Bus of German Railways

Families with children can save on IC buses with the standard German Railways policy of children under 15 years old traveling for free with parents – adding the names at time of booking is essential. 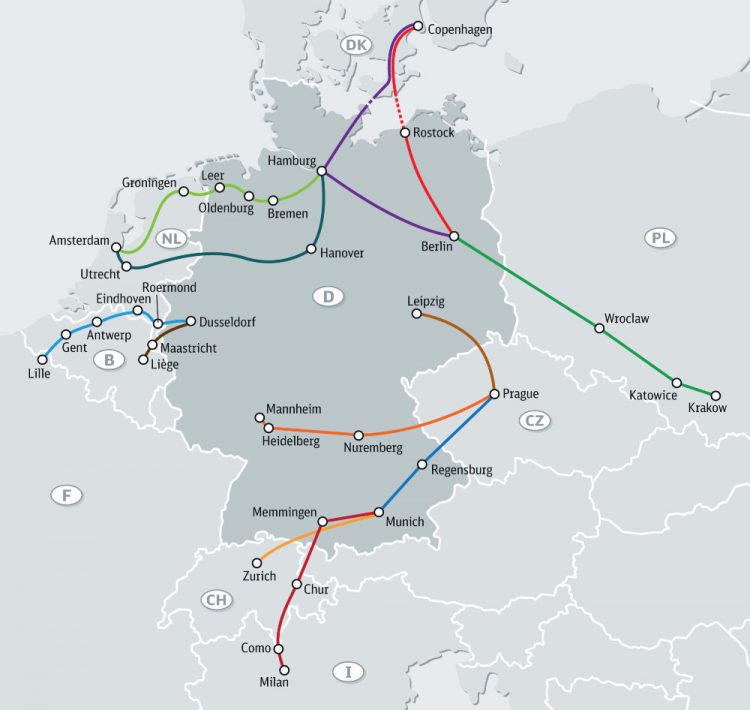 The IC Bus of German Railways currently operates on the following routings:

The largest long-distance bus operator in Germany is currently Flixbus, which absorbed several competitors including Mein Fernbus and the German Postbus. All continental European Megabus routes are also bookable through Flixbus.