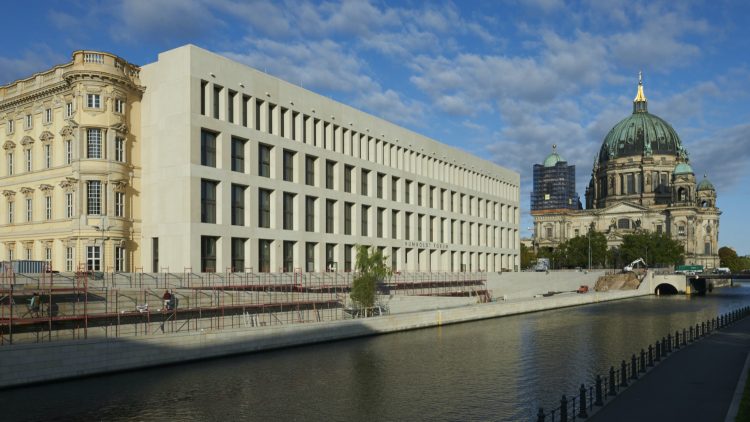 The eastern facade of the Humboldt Forum in Berlin was deliberately kept modern while the rest of the building resembles the Baroque Berliner Schloss. The inside of the palace is modern. The Berliner Dom was restored after the Second World War — the church itself is from the early 19th century despite its much older appearance.