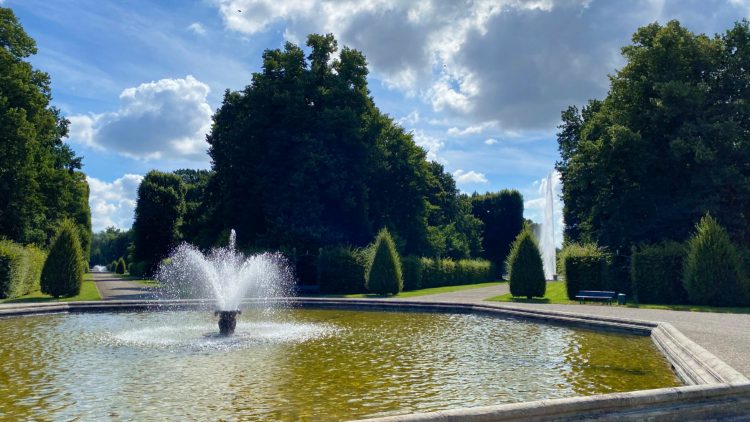 The bosquette garden in the southern half of the Großer Garten largely follows the original geometric plan from 1696. The large square area is divided into four smaller squares — separated by broad allees. The squares are each divided into eight triangles — separated by paths with a fountain at the central meeting points.