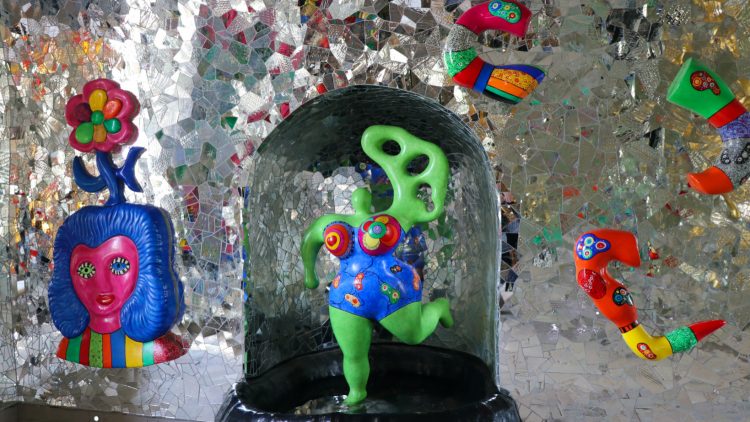 The Grotto is considered the final large work of Nikki de Saint Phalle. It was completed after her death but to her exact designs. The central theme is “Human Life”.

The blue room symbolizes “Night and Cosmos” with stars and dancing females. The opposite “Day and Life” room is lined with mirrors and images of humans and a variety of animals.

The fountain in the mirror room is known as the “Nana of Herrenhausen”. In 1974, three of Nikki de Saint Phalle’s famous Nanas were exhibited in public in Hannover. They were initially controversial but the resulting publicity ensured huge popularity for Nikki de Saint Phalle in Germany ever since.