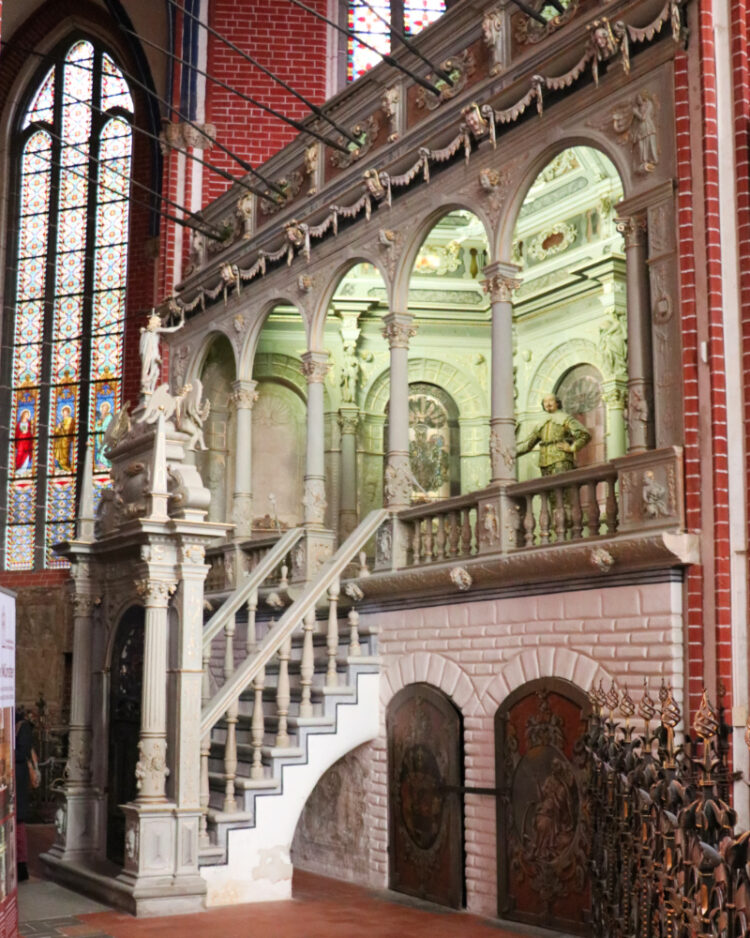 A century after the Reformation, it was probably easy for Duke Adolf Friedrich I of Mecklenburg (died 1658) to claim in the Bad Doberaner Münster what is usually the Mary chapel for his own grave as well as his wife Anna Maria von Ostfriesland (died 1634). This chapel on a higher level shows is decorated in late Renaissance, early Baroque style. The monument is in limestone but the ceiling and other detailing are carved wood. Such lifesize states of the duke and duchess were popular in the period and are often referred to as the Spanish style.