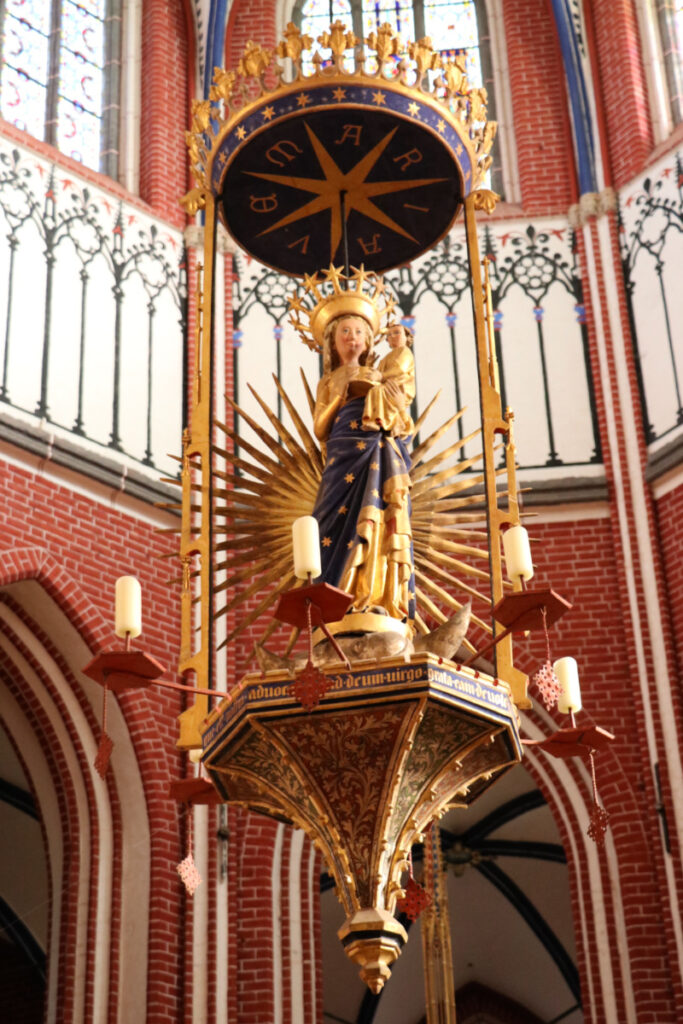 High up in the choir hangs the Marienleuchter (Mary candle holder). This is a medieval composite artwork: the madonna with child dates from just before 1300 and was originally at the center of the wing altar. Around 1400, the statue was replaced by a silver one and repurposed as an apocalyptic crescent moon Mary. This refers to the scene in Revelations 12:1, the last book in the standard Bible, “A great sign appeared in heaven: a woman clothed with the sun, with the moon under her feet and a crown of twelve stars on her head.” It is one of the oldest of its kind in Germany.