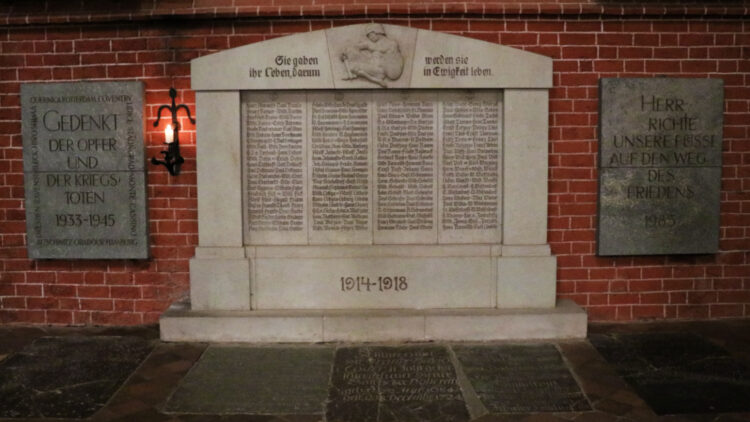 As in so many other German churches and monuments, the memorials for the dead of the Second World War are so much less elaborate than for the First World War. In many cases, the later memorials were only added much later and sometimes not at all. Also fairly common, as here, is an additional memorial to all victims of war and violence.