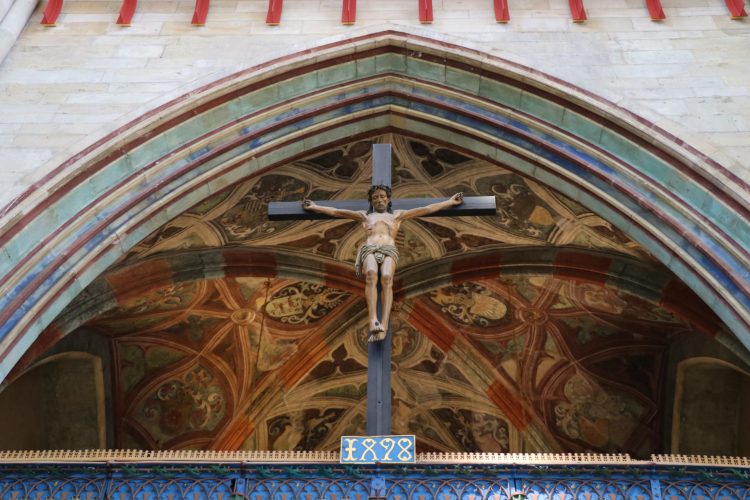 The western portal has been mostly out of use since Archbishop Ernst of Saxony, who died in 1515, converted it into his grave chapel. The bronze tomb by the Nuremberg master Peter Fischer was already cast two decades before the bishop’s death. The tomb, another sculpture of St Maurice, and a candelabra in this chapel are of high artistic quality but meant that the western portal is rarely used for admission to the building.

The chapel was restored with a colorful ceiling as would have been normal throughout the church during the middle ages.