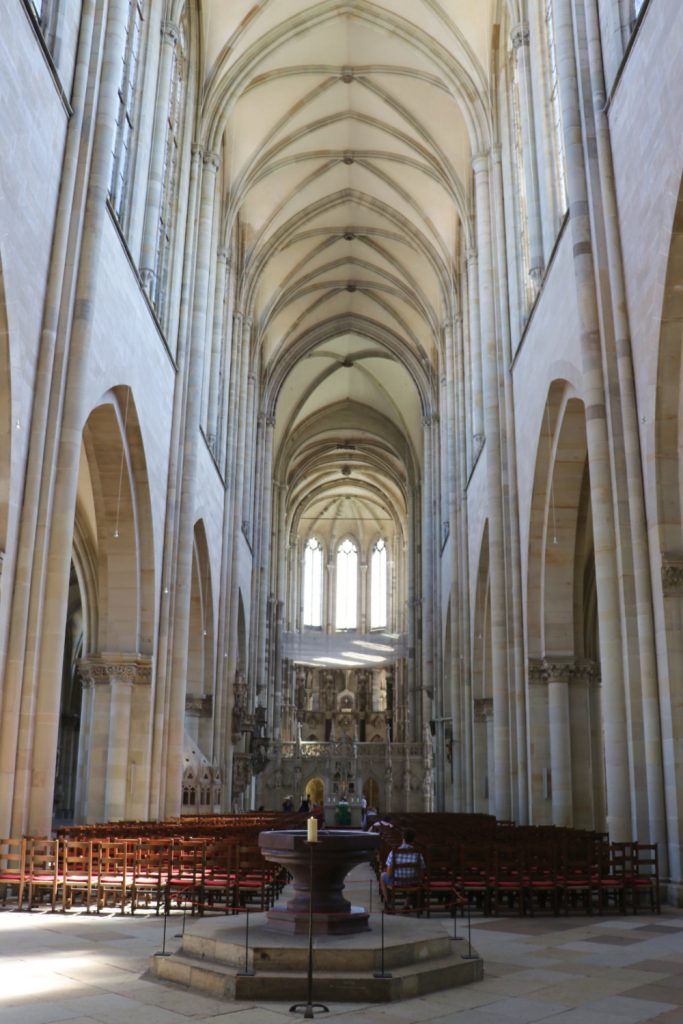 The nave of the Magdeburger Dom, the oldest Gothic cathedral in Germany, is 120 m long. The porphyria baptismal font at the rear of the church in the central nave is probably from the original Ottonian Romanesque cathedral but it is much older. The stone originally probably came from Egypt and it might have been used in antiquity in Italy before being transported to Germany.