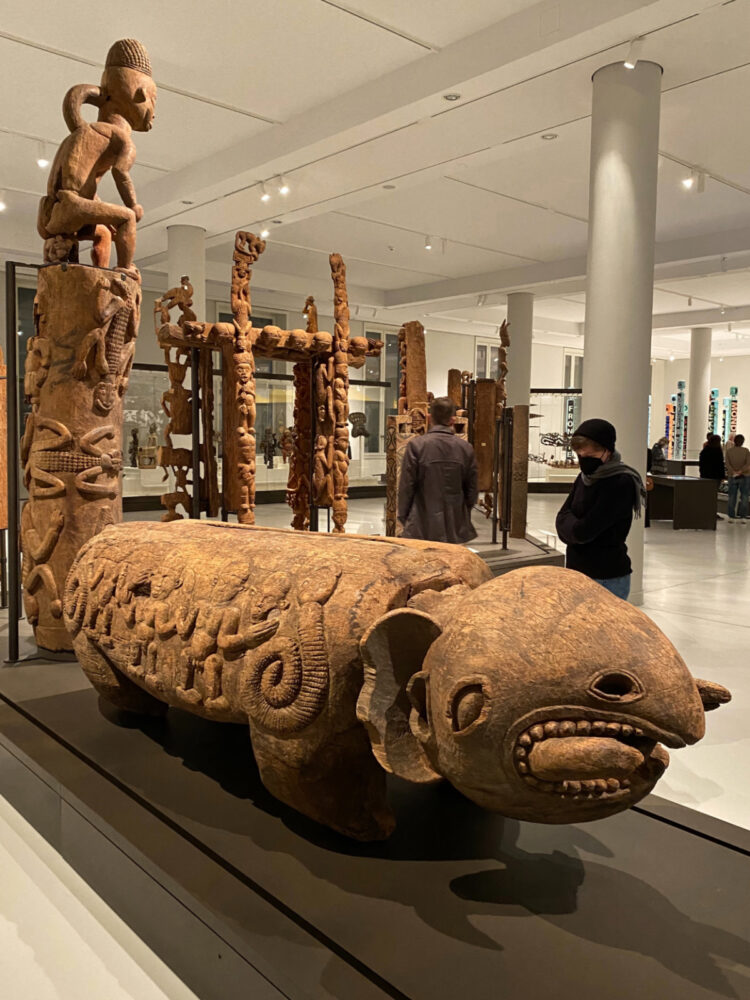 This large drum, carved like a fantastical animal, originally had two heads: one an elephant while the buffalo head was lost during the Second World War. Relief carvings of warriors, leopards, crocodiles and snakes decorate the drum’s sides.

The upright drum, decorated with relief carvings of crocodiles, leopards, and warriors, is surmounted by a figure of a seated warriors or ruler. It would have been lain on its back at a slight angle when used.

In the back ground carved decoration for a door frame.

Ethnological and Asian Art Museums in the Berlin Humboldt Forum